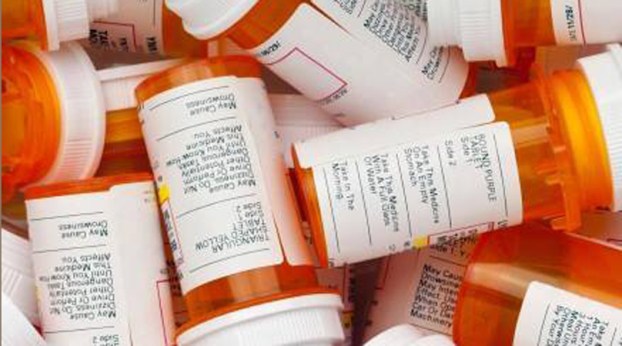 Drug Take Back Day on Oct. 26 resulted in more than 400 pounds of prescription medications being collected. (File)

The Shelby County Drug Free Coalition reminds residents to drop off their unused or expired medications at one of the nine permanent drug take-back boxes in the county.

“We’ve always had this campaign going on, along with the Shelby County Drug Enforcement Task Force. This is just an opportunity for residents to remove unused prescriptions and medicines from their home,” said Shelby County Drug Free Coalition Prevention Specialist Bridgette Jordan-Smith. “It allows residents to remove medication from their homes.”

Residents are encouraged to dispose of their prescription and over-the-counter pills. However, needles and liquids cannot be accepted. According to Jordan-Smith, the pills do not have to be in their original container.

“They can bring them in a Ziploc bag or aluminum foil,” Jordan-Smith said.

Seven boxes were placed around the county about four years ago, and two boxes in Harpersville and Montevallo were added last year.

Jordan-Smith said prescription drug abuse is relatively common in Shelby County, and the take-back boxes help to alleviate the problem.

“Prescription drug abuse is pretty high. Sometimes, you can have relatives or friends that can come to your home and take your medication, so this allows you to remove them from your home in a safe way,” Jordan-Smith said.

Corbett and Jordan-Smith also said that it only takes 28 days for the average person to become addicted to prescription pain medication.

Jordan-Smith said the Drug Enforcement Task Force periodically weighs the pills that are submitted, and will release a report on the amount of donated medication at the end of the year.

For more information about the drug take-back boxes or the Shelby County Drug Free Coalition, call 663-6301 or contact Jan Corbett by email at jan@familyconnection-inc.org.