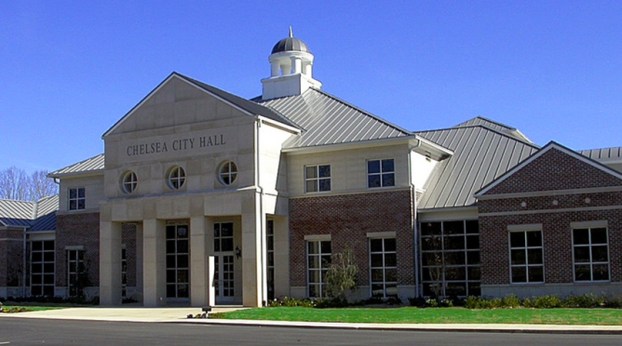 Chelsea residents will have the opportunity to drop off their used Christmas trees to be recycled at the front of Chelsea City Hall from Monday, Dec. 26, through Tuesday, Jan. 3, 2017. Mayor Tony Picklesimer said the city is working in conjunction with the Shelby County Department of Development Services’ Christmas Tree Recycling Program.

“We’ll start running our routes on the day after Christmas and we will continue until after New Year’s Day,” said Shelby County Department of Development Services Chief Engineer Trey Gauntt.

Gauntt said the program will only accept live Christmas trees, which will be used to develop wildlife habitats.

“We’re using those trees in a partnership with Alabama Power to create fish habitats in Lay Lake and in Beaver Lake at Oak Mountain State Park,” Gauntt said.

Gauntt also reminded residents to take all decorations off of their trees before donating them. He said the department will screen each tree to make sure there are no decorations or lights on the branches.

“We’ll screen for [decorations] and remove any lights before we sink them,” Gauntt said.

Picklesimer said residents who choose to drop off their trees will be doing their part in keeping the city of Chelsea clean.

“It keeps them out of our landfills. Recycling is just our way to try to preserve good old Mother Earth. If people go to the trouble of bringing a Christmas tree to the recycling area, then it won’t be on the side of the road somewhere in Chelsea,” Picklesimer said.

Picklesimer also mentioned that residents have been known to recycle the most.

“Our citizens usually donate the most out of all cities in Shelby County. We thank them for their recycling spirit,” Picklesimer said.

According to a press release from the Shelby County Department of Development Services, Chelsea City Hall is one of five locations in the county where Christmas trees can be dropped off. All drop off areas will be designated by orange traffic cones and electronic signs.

Residents can also drop off trees at Heardmont Park on Cahaba Valley Road, the Ray Building in Columbiana, Propst Alabaster LLC and the Pelham City Park.