Dolores Hydock is scheduled to perform on Feb. 25, 2017 at First Baptist Church of Columbiana as part of a fundraiser benefitting the Shelby County Arts Council. 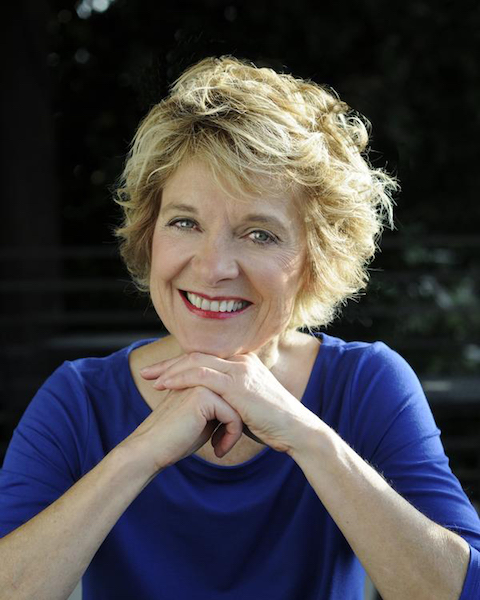 Actor and storyteller Dolores Hydock will perform at First Baptist Church of Columbiana on Feb. 25 for a fundraiser benefiting the Shelby County Arts Council. (Contributed)

This year’s event is a departure from the fashion shows that have been done in previous years.

“The fashion show was popular and very well received,” explained Quick. “After a number of years of fun with that event, a creative idea popped up that would help keep the event fresh as well as highlight the type of entertainers that perform at the Shelby County Arts Council.”

Hydock, who is an actor and storyteller, has performed several times at the arts council, always to a sold out crowd. Quick feels that Hydock’s performance is representative of the high caliber of entertainers that are featured throughout the year at the arts council.

Tickets can be purchased from members of the three clubs, or at Busy Hands and the Shelby County Arts Council. Individual tickets are $25 and a reserved table for eight is $250.

Doors will open at 10 a.m., at which time attendees can peruse a selection of locally-made art. Lunch will begin at 11 a.m. and is provided by the Fish Market of Hoover. Take away lunches and cheesecakes will also be for sale after the conclusion of the event.

Last year’s event saw the introduction of a creative hat contest featuring hats decorated by members of the three clubs. Due to the popularity of the event, the hat contest will be part of this year’s program. Attendees will be able to cast monetary votes for the best hat, with the winner to be announced during the program. Last year the hat contest raised an additional $344 dollars.

All funds from the event benefit the Shelby County Arts Council, a non-profit organization in Columbiana that promotes arts and cultural activities in the county. Under the guidance of Executive Director Bruce Andrews, the arts council has broadened its impact on the community through flagship outreach programs such as Artabilities and Writing Our Stories.

Those with questions regarding the February event can call Judy Quick at 669-6862.

By JENNIFER MAIER / Community Columnist The Columbiana Public Library was the location for the Hand Quilting Apprentice Showcase on... read more