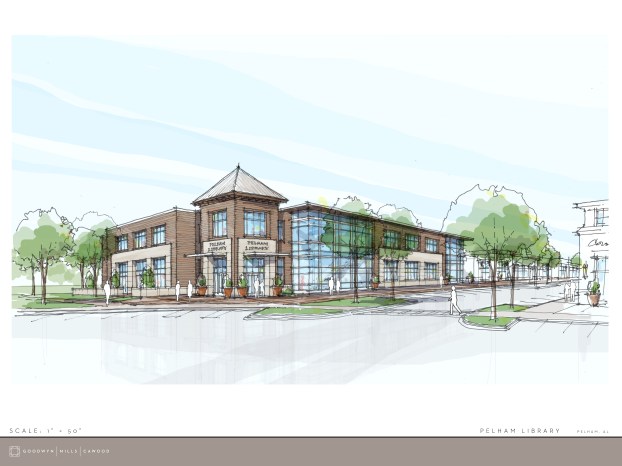 PELHAM – The Pelham Library Guild is working to raise $300,000 to help purchase items for the city’s new library, which will be constructed in 2017.

The guild, a nonprofit that works to help raise additional funds for the library, is in search of people who would like to join the guild and help raise money for library initiatives.

Mercer said the Library Guild is gearing up to begin a fundraiser in January allowing residential, small business and corporate donors to have naming rights for meeting rooms and spaces inside the new library.

The Library Guild is in the process of finalizing the specifics of the fundraiser, but Mercer said the fundraiser is not limited to Pelham residents and businesses.

“Our library doesn’t serve just our city. Our circulation shows that people are coming to our library from other areas where there might not be as big of a selection,” Mercer said.

On the first Tuesday in March, the guild will also host Taste of Pelham, an annual event that raises money for the library.

The $300,000 will go toward purchasing devices like MacBooks, a 3D printer and audio books, among other items that will enhance the library.

The Library Guild’s next meeting will be at 4:30 p.m. on Jan. 10, 2017 at Iberia Bank, 2695 Pelham Parkway. Those interested in joining the guild are encouraged to attend.