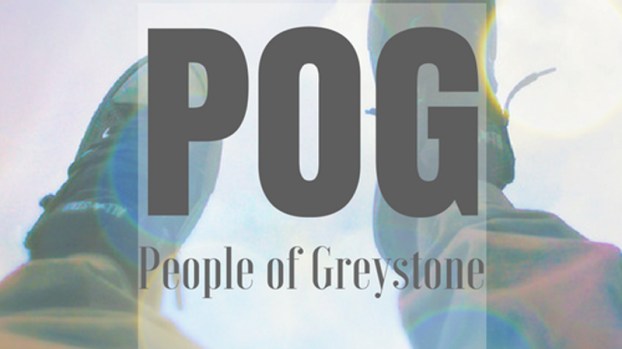 “People want to be seen and heard,” Horn said. “If just for a minute, people enjoy having someone listen to them, and I think that is really cool.”

Horn, who has been a teacher for more than 20 years, and taught at Greystone for the past nine years, said she fell in love with the photography project Humans of New York.

Horn decided to introduce the idea to school officials with the hope of doing a similar project at the school.

“I started thinking about how I could bring the same concept of Humans of New York to our school, and sat on the idea for about two years before bringing it up as a possibility,” Horn said. “We had a faculty meeting where we were discussing ways to promote individuality and highlight our diversity, and thought it was time for me to raise my hand and pitch the idea.”

Horn said school faculty liked the idea, and the project started this school year with the goal to feature the student body, teachers, parents, and anyone who visits or impacts the school in some way.

“I ultimately want to talk to everybody,” Horn said. “If we have someone who visits the school I want to talk to them. My idea is we are all part of a community, and there are so many people that make a school function, which a lot of people have no idea about.”

One of the parent volunteers transcribes the interviews to post on the website Horn created, PeopleofGreystone.com, and music teacher Sara Womack posts the stories to the People of Greystone Facebook page.

While the interviews vary with each individual, Horn said the common goal is to get to know the people she is interviewing.

Horn said her challenge is finding questions to ask that spark conversation with the people she meets.

“When I am interviewing adults I will often ask them things that I might already know about them,” Horn said. “Or, if I don’t really know much about them, I like to find questions that really get them to talk.”

Horn said since starting the project, People of Greystone has become popular with parents of students, students, and faculty.

“It has had a great response, and really caught on with everyone,” Horn said. “I think people started to realize with the project that the bubble within our school spreads so much farther than we think, and it is cool to see that your next door neighbor has a story to tell that you might not have known about.”

In October, the project expanded into an art installation at the school where the pictures and interviews of the individuals are constantly changing.

“There is always someone new to learn about,” Horn said.

While Horn said she is not sure how long the website will last, she is enjoying seeing the positive reaction from the community.

“I love that people are starting to catch on to the idea,” Horn said. “We are going to see how it goes, but right now we are just having fun with it all.”