Just a few weeks before The Coal Yard restaurant, as we knew it, closed, Rick Carter took the stage for an evening.

Carter, perhaps best known as a founding member of the band, Telluride, arrived with his sticker-plastered guitar case. 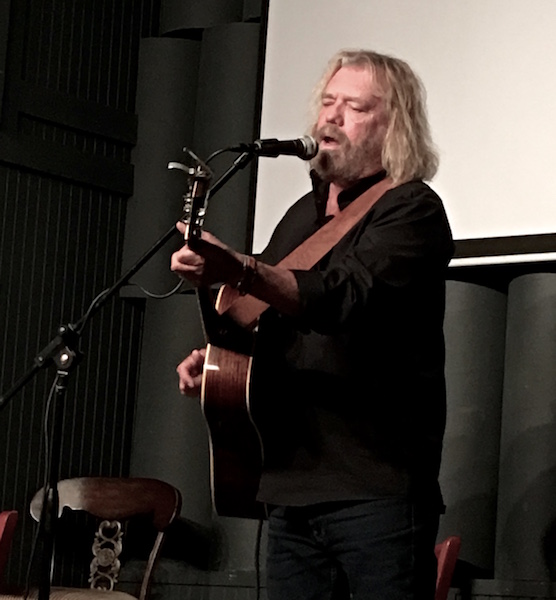 In 1980, Telluride earned the sponsorship of Miller Brewing Company which then led to a recording contract with RCA Records and they catapulted onto the Top 100 Billboard Singles charts with two hits. The following three years they were sponsored by Budweiser, the beginning of 27 years touring, releasing albums and singles along the way.

They played at Bonneroo Festival in 2012.

The night of his Coal Yard performance, an audience member who has listened to Carter over the years commented that Carter seemed to be “talking his lyrics more than singing them” and noted Carter’s voice has become more bluesy and gravelly.

Chatting with Carter between sets, I mentioned I knew of Telluride through one of his devoted friends and fan, John Paradise.

“I played at John’s funeral, you know,” he shared.

Carter held his 60th Birthday Bash at Work Play in 2013. He will be at WorkPlay again Dec. 16, with a CD Release Listening Party (a complimentary event) of his newest album CHANGE, Songs That Took a Lifetime to Live.

You can hear Carter’s new single on his fb page and purchase it on iTunes.

I’m standing by the river of love and the river runs dry.

I’m standing on the ocean of a broken heart,

A man overboard right from the start.

Well, it looks like a flood is a’coming my way,

The tide is a’rising and it’s here to stay.

Rain, rain down on me.

Carter received a Lifetime Achievement Award from BAMA in 2007 and has been tagged as “The Hardest Working Man in Music.”

Celebrating a rich and loving life