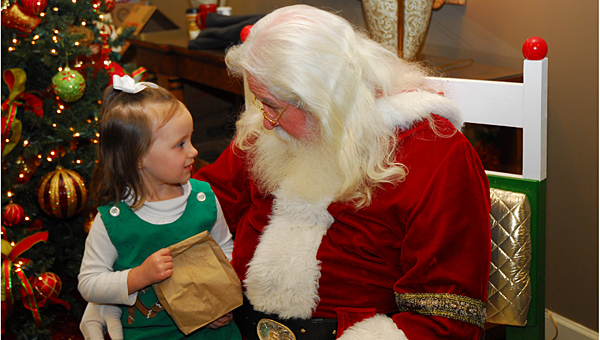 The Civil Air Patrol will help NORAD track Santa Claus during his journey around the world on Dec. 24. (File)

The general public will be able to eavesdrop Dec. 24 as the Civil Air Patrol helps NORAD track Santa Claus. The North American Aerospace Defense Command Santa Track website will include a link allowing people to listen to the audio from CAP’s national radio nets as they support Santa’s epic journey.

“We perform roughly 90 percent of all aerial search and rescue in the US so we’re
looking forward to once again supporting NORAD — and Santa,” said Malcolm Kyser, CAP’s chief of communications. “And we are very pleased this year to be able to provide the streaming audio of our Santa Track net, so the people around the world can hear our reports and catch all the excitement.”

NORAD’s Santa Track goals include spreading goodwill and cheer during the holiday season while simultaneously informing people worldwide of the missions of the North American Aerospace Defense Command and the United States Northern Command.

“The HF radio systems that we use for the Santa Track net each year are an important resource in CAP’s overall mission capability,” said Kyser. “Especially in a big disaster, when phones and Internet may not be working, radio is how we get the message through, so CAP teams can report damage assessment, do airborne photography, and perform other essential disaster relief operations.”

CAP’s Santa Track Net will be on the air Dec. 24. CAP stations will begin reports at 6 p.m., and the net will continue until at least 11 p.m.

CAP radio operators across the country will report local weather conditions and other factors that could affect Santa’s flight operations and navigation via radio messages addressed to the North Pole Mission Base. At least seven CAP national net control stations will be managing the national net operations and providing periodic updates on Santa’s position.

Plans call for the Santa Track net audio to be available at Noradsanta.org/ along with extensive additional information on the NORAD Tracks Santa program.

The direct link to the audio feed will be: Awdio.com/north-…/nf38etmb4u-santa-track/players

By GRAHAM BROOKS / Staff Writer COLUMBIANA–A suspect who was allegedly involved in a fatal hit-and-run accident in Helena on... read more