COLUMBIANA – A 29-year-old Clanton man who has been charged with threatening to go on a “killing spree” remains in the Shelby County Jail after a Shelby County Circuit Court judge denied his request for a lower bond. 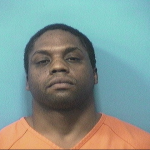 Circuit Court Judge Lara Alvis on Dec. 15 denied a bond reduction request from Jeremie Jonathan Montgomery, who lists an address on Chilton County 81 in Clanton, after “reviewing all evidence and arguments of counsel.”

The request to lower Montgomery’s bond, which was filed in early June by Montgomery’s attorney, Michael Hensley, claims Montgomery’s $500,000 bond “is more than 30 times greater than the recommended bail schedule” for the charge, and said the “bond is so excessive as to actually create a ‘No bond’ in this matter.”

Hensley claimed a search of Montgomery’s home found no ammunition or firearms in the suspect’s home, property or motor vehicle, and claimed there was “no proof found that (Montgomery) tried or had the capacity to carry out any online threats.”

Hensley also claimed the photo Montgomery posted with the threat was about five years old, and was followed up with a post claiming the post was a “joke.”

“The alleged postings were made during the Halloween weekend, a holiday known for jokes and pranks,” read the request.

After he was arrested and charged in Chilton County, Montgomery was transported to the Shelby County Jail, where he faces a felony terrorist threat charge related to the threat against Alabama Crown.

Below is the first installment in a two-part series recapping the top news stories of 2016, organized by date the... read more