COLUMBIANA – A 59-year-old Alabaster man will spend the next seven years in prison after he recently pleaded guilty to distributing marijuana and crack cocaine in Alabaster in early 2016. 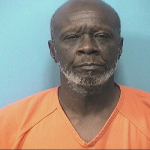 Circuit Court Judge Corey Moore sentenced Walter Louis Tanniehill, who lists an address on Seventh Avenue Southeast in Alabaster, to seven years in the Alabama Department of Corrections after Tanniehill pleaded guilty to two felony counts of unlawful distribution of a controlled substance during a late November hearing.

Two other unlawful distribution of a controlled substance charges were dropped against Tanniehill through a plea agreement. While incarcerated, Tanniehill, who has two previous felony convictions on his record, must complete a substance abuse treatment program.

Tanniehill was one of several suspects arrested during the Shelby County Drug Enforcement Task Force’s “Operation Trifecta” in May. With the assistance of the Alabaster and Pelham police departments and the Shelby County Tactical Response Unit, the SCDTF initiated “Operation Trifecta,” targeting key suppliers and dealers of cocaine, crack cocaine, prescription narcotics and marijuana.

Through the operation, Task Force members arrested nine people in the area of Seventh Avenue Southeast in Alabaster, and Task Force Cmdr. Clay Hammac said the suspects were “linked to one of the major supply chains of crack cocaine in west Shelby County.”

According to his arrest warrants, Tanniehill distributed marijuana and crack cocaine from his residence on Jan. 4 and again on Jan. 26.

HOOVER – A school calendar with an earlier start date, later finish date, a full week off for Thanksgiving and... read more