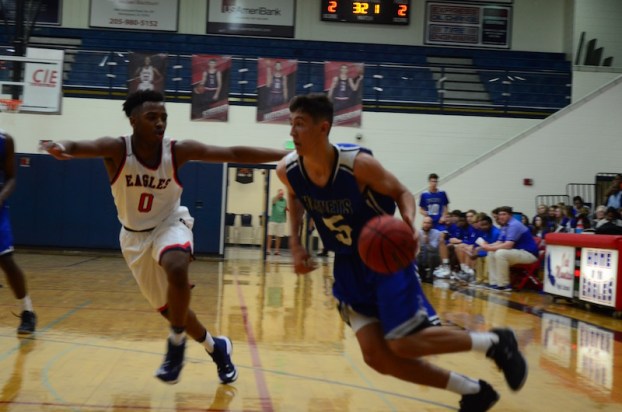 Chelsea was able to hold off UMS-Wright in the first round of the UMS-Wright Christmas tournament in Mobile. (File)

MOBILE – Chelsea was on the winning end of five consecutive games heading into the UMS-Wright Christmas Tournament in Mobile. The Hornets also had a week to rest before their first-round matchup with tournament host UMS-Wright.

After building up a nearly 20-point lead at the half, Chelsea (11-4) was able to hang on for its sixth straight win as they took down a stingy Bulldog’s team, 55-52, that gave the Hornets fits in the fourth quarter.

Joseph Lanzi was a big reason for Chelsea’s strong start in the game as he came out firing on all cylinders. He put up eight of the teams 13 first-quarter points to propel the Hornets out front 13-7 after one quarter of action.

Lanzi continued his strong play into the second scoring seven more points, which brought his first half total to 15 points. The rest of the Chelsea team also stepped up in the second and chipped in an additional 10 points as the Hornets went on a 17-7 run in the quarter to take a 30-14 lead into the half.

The third quarter was much more of a defensive battle as neither team got going on the offensive end, which led to a closely contested quarter that saw Chelsea outscore the Bulldogs 10-9 to extend their lead to 17. The 40-23 seemed to be a comfortable one and it looked like the Hornets were set to easily move on to the semifinals, but UMS-Wright had something to say about that.

Ryan McIlwain came out on fire for the Bulldogs in the final frame putting up an astounding 17 fourth-quarter points. He and his teammates were able to heat up by turning defense into offense as they caused Chelsea to force several shots and turn the ball over on several occasions, which led to fast-break opportunities and easier shots for UMS-Wright.

It came down to the final few seconds as the Hornets led 54-52 with Lanzi at the line and three seconds to play. Lanzi hit 1-2 free throws to give Chelsea a three-point lead. On the Bulldogs ensuing possession, Trey Bonham missed a 24-footer at the buzzer as the Hornets were able to maintain their composure and hang on for a tough hard-fought win. UMS-Writh did everything they could in the fourth putting up 29 points in the quarter, which was six more than they put up through three quarters combined.

Lanzi led the way for Chelsea with 20 points in the game, while Matthew Marquet ended with nine for the Hornets. McIlwain led all scorers with a game-high 22 points, while Bonham added 13 for the Bulldogs in a resilient effort.

The Hornets now move on to the semifinal where they will face St. Charles of New Orleans at 7:30 tonight.