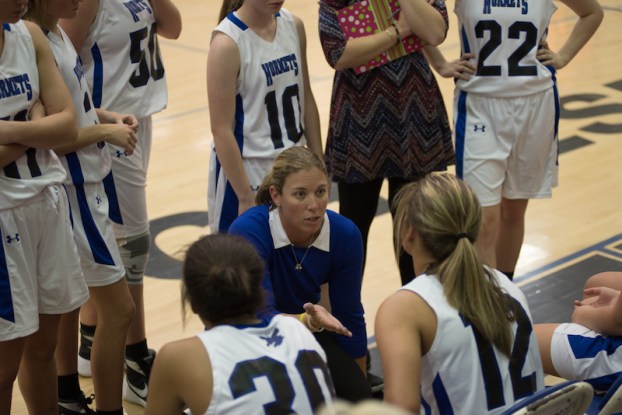 ATTALLA – The Chelsea Lady Hornets opened up play in the Etowah County Christmas Tournament at Etowah High School in Attalla on Tuesday, Dec. 27. Thanks to three players scoring in double-figures and great play on the offensive and defensive boards, the Hornets were able to win a closely contested game with a last second shot from junior Hope Richard.

Richard hit the shot with 10 seconds left and Chelsea was able to hang on defensively over the last few seconds of the game to win their opener in the tournament.

The first two quarters saw the teams flip-flop scores as Chelsea started the game with a 9-7 lead in the first quarter. In the second, the score flipped as Etowah outscored Chelsea 9-7 to nullify the first half and bring the two teams to a 16-16 tie after one half of play.

Both defenses held steady in the third, but Etowah provided the first double-digit quarter of the game as they put up 12 points to Chelsea’s nine to take a 28-25 lead into the fourth quarter.

Finally, in the fourth, both teams woke up on the offensive end. Going down to the last 20 seconds, Chelsea had outscored the Blue Devils 16-13 in the frame. Richard’s shot with 10 seconds left made the Hornets run 18-13 and gave them the lead. The Chelsea offense stepped up in a big way when it needed to after being silent most of the night.

Michaella Edwards led the way for the Hornets with 21 points going 7-13 from the field and 7-10 from the free throw line. She also came up one rebound shy of a double-double with nine. Richard on the other hand did finish with a double-double after putting up 10 points and a game-high 16 rebounds. Another bright spot for Chelsea was Allie Miller. Miller had 10 points as well, while also grabbing five rebounds and dishing out three assists. Jordan Parker was the only other Hornet to score adding two points, but having three double-figure players is a welcome sight for Chelsea.

The Hornets had been struggling coming in having only won two of their last eight games, but a first-round win is sure to garnish some momentum and a tournament win would mark its second of the season, which would be cause for celebration. They play Pell City on Thursday at 11 a.m.

By ALEC ETHEREDGE | Sports Editor HOOVER – The Helena Huskies basketball team was on a roll having won seven... read more