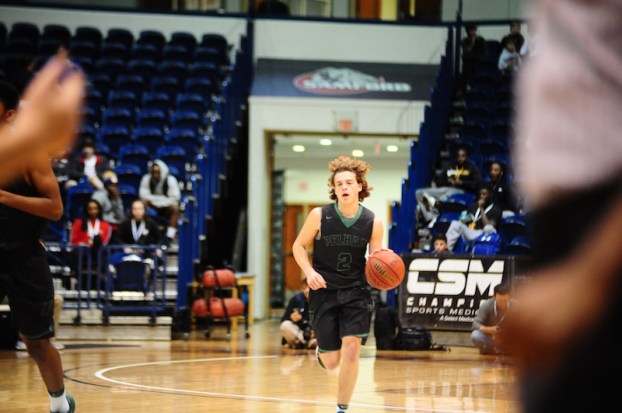 ROEBUCK, SC – The Pelham Panthers have played one of the toughest schedules early in the season, which is what you’d expect with a good team like they have. Their tenacious early season slate continued as they traveled to Dorman High School in Roebuck, South Carolina on Wednesday, Dec. 28, to take on 2018 No. 1 recruit Zion Williamson and Spartanburg Day at the Farm Bureau Invitational Classic.

A sellout crowd of 4,000 people were in attendance to see Williamson and Alabama signee Alex Reese of Pelham put on a show. The game was tight all the way through the third quarter before Spartanburg was able to pull away in the fourth to win 76-67.

The Panthers (11-4) have now lost three games in a row, but to some superior talent.

“That was a tremendous atmosphere to be a part of,” said Panther Head coach Joel Floyd. “When we stuck to our game plan things went our way, especially in the second and third quarters. I’m very proud of our ability to battle all night.”

Both teams battled back-and-forth early on in the first quarter all the way up to an 8-8 tie. Spartanburg went on a 17-7 run the rest of the quarter to grab an early 25-16 lead after one quarter of play. Several different players scored in the quarter for Pelham, while Williamson dropped 13 points for Spartanburg as he accounted for more than half of their points.

Pelham’s offense got going in the second behind some good shooting from Allison and great post play from Reese as the Panthers went on an 18-12 run in the quarter to claw their way back into the game and only trail 37-33 heading into the half.

Each team came out determined in the second half, which led to an extremely exhilarating third quarter. Each team traded baskets back-and-forth and every time it seemed like Spartanburg was ready to go on a run, the Panthers ended up hitting big 3-pointers. Reese hit one, Mitchell Rottier hit back-to-back and Allison hit one to account for four 3-pointers to account for 12 of their next 15 points, which brought them to within two at 52-50.

Eli Hudson made a layup with a minute left in the third to tie the game up, but Spartanburg made one more shot before the quarter ended to grab the 54-52 lead and they didn’t look back.

Spartanburg started the fourth on a 7-0 run to extend the lead to 61-52, which is all they needed. The Panthers gave one last effort as they went on an 8-4 run to get within five with 2:38 left to play. Spartanburg ended the game on an 11-6 run over the final couple of minutes and win by the final of 76-67.

Pelham fought hard and came close to pulling off the upset, but was just unable to stop Williamson who had a game-high 40 points and 12 rebounds for Spartanburg.

The Panthers were led by Reese with 22 points and six rebounds, while Allison continued to impress all over the court with 20 points, four rebounds, three steals and three assists. Rottier also added nine points for Pelham in the loss.

“Never had more fun playing basketball before,” Allison tweeted after the game.