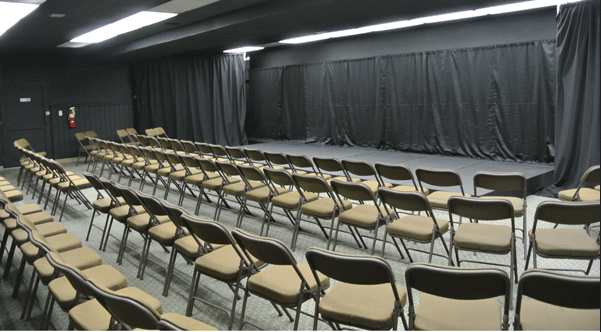 SCAC kicks off 2017 with Big January

The Shelby Arts Council will celebrate the beginning of 2017 with a series of events featuring live music and gallery exhibits from acclaimed artists, known as Big January.

Big January will begin with a performance by 3×88 Jam at SCAC’s Black Box Theatre at 7 p.m. on Saturday, Jan. 7. According to Andrews, 3×88 Jam is comprised of three studio quality pianists who perform blues fusion rock.

“If you like Phish or Widespread Panic, you’ll probably enjoy seeing this,” Andrews said.

Guests who attend are encouraged to bring their own refreshments.

SCAC’s Fine Folk Art Gallery will open with a reception on Friday, Jan. 13 at 6 p.m. Local artist and guest curator Teresa Wamble assembled six folk artists from around the state of Alabama. Those who attend will be able to purchase folk art and listen to live music, provided by Intermission.

The artists’ work will be featured in the gallery from Friday, Jan. 13 through Sunday, Feb. 26. The SCAC gallery is open from 10 a.m. to 5 p.m., Monday through Thursday.

Will Kimbrough will perform on Saturday, Jan. 21 at 7:30 p.m. According to Andrews, Kimbrough was recently featured on “The Today Show” and has previously written and performed with Emmy Lou Harris, Jimmy Buffet and Little Feat. He currently performs with Willie Sugar Caps.

“He’s legendary, if you like singer-songwriter craft,” Andrews said.

To end Big January, the Ray Reach Trio will perform with Nashville-based singer Lindsey Benedict at 7:30 p.m. on Saturday, Jan. 28. Andrews said Ray Reach is the director of the Alabama Jazz Hall of fame, and his trio and Benedict will perform several well-known American jazz songs.

“It will be a nice, classy event,” Andrews said. “If you’re not really a jazz person, it’s important to have a good front person, and [Benedict] is a very talented and elegant singer.”

“Their volunteerism is golden to us,” Andrews said. “What they do is integral to our events.”

PHS students spice it up

PELHAM – Pelham High School culinary students have created a brand of spices that are now available to the public.... read more