Taylor Leigh Perry of Brierfield and Joseph Braxton Tidmore of Columbiana were united in marriage on June 3, 2016 at Columbiana United Methodist Church in Columbiana. The ceremony was officiated by the Rev. Edwin Pete Grice, Jr., former pastor of the groom. 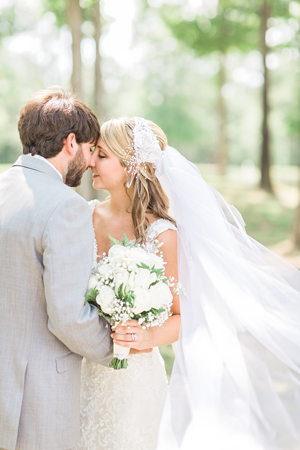 Escorted by her father, the bride wore a vintage-inspired Stella York gown with corded lace on soft tulle over satin. Her cathedral veil, belonging to her mother, was edged with antique lace and featured a vintage headpiece. Amy Lash, friend of the bride, was matron of honor. Bridesmaids were Marlena Hamrick, Courtney Dudley, Brenlee Richardson, and Faith Richardson. Junior bridesmaid was Aly Hamrick, and Sarah Kayte Lash served as flower girl.

A reception followed at Douglas Manor, where the couple’s friends and family celebrated their marriage with dinner, drinks and dancing. The couple currently resides in their newly constructed home in Columbiana.

What brides need to know about changing their last names   Story by Neal Wagner   Aside from the diamond... read more