ALABASTER – A 68-year-old Alabaster man is facing up to 20 years in prison after police said he accepted thousands of dollars for home repair work never performed. 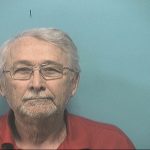 The Alabaster Police Department arrested Bobby Ray Whitworth, who lists an address on Wynlake Drive in Alabaster, on Nov. 30, 2016, and charged him with two felony counts of first-degree theft of property.

First-degree theft of property is a Class B felony, and carries a maximum sentence of 20 years in prison upon conviction.

Whitworth’s arrest came after police said he allegedly accepted a check for $2,815 from a pair of local residents for “windows and installation” sometime between Dec. 18, 2015, and Nov. 3, 2016.

According to Alabama law, first-degree theft of property occurs when a person “knowingly obtains or exerts unauthorized control over property with a value in excess of $2,500.”

Whitworth was released from the Shelby County Jail the same day he was arrested after posting bonds totaling $20,000, and was set to appear in Shelby County District Court for a preliminary hearing on Jan. 4.