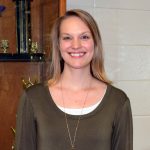 Melton, an eighth grade science teacher at Riverchase, received her undergraduate degree from the University of Mississippi and her teaching license from Western Carolina University. 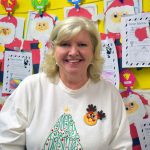 Melton has been a teacher at Riverchase since 2014 and is the sponsor of the National Junior Honors Society and the RMS Science Fair. She also serves as the coach of the school’s Science Olympiad team.

“I am the luckiest, most blessed person,” Riley said. “Everyone that I work with, they’re all Teacher of the Year. Everyone is so professional and wonderful. I’m the lucky one to be able to work with them.”

A committee then selected a winner for each school and those people entered the running to become the district’s elementary and secondary Teacher of the Year.

PELHAM – The relationship between the Pelham Civic Complex and Ice Arena and the Alabama Hockey program seems to be... read more