Tyler Olds named finalist for Back/Lineman of the Year Award 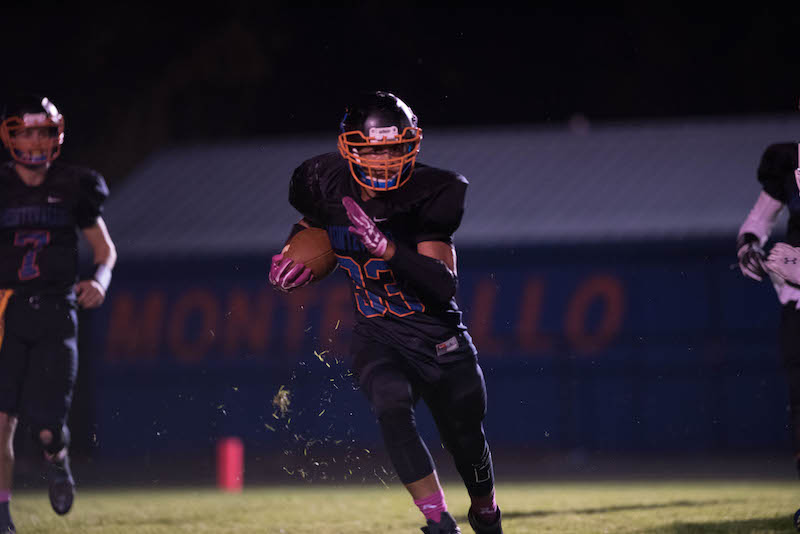 Tyler Olds has been named a finalist for the Back/Lineman of the Year Award as a sophomore for his efforts at Montevallo during the 2016 football season. (File)

MONTEVALLO – Montevallo’s Tyler Olds has been chosen by the Alabama Sports Writers Association as a finalist for the Back/Lineman of the Year Award. Each year the ASWA meets to hammer out the All-State team and during that time also figures out nominations for this award.

The incredible part for Olds is that he made the list of finalists as just a sophomore, but deservingly so. He posted 153 tackles, which led all county players, 22 tackles for loss, which was third in the county, six sacks, three fumble recoveries and an interception. The kid is a freak athlete and can cover the entire field on the defensive side of the ball.

He has already been named as both a First Team member on the All-County Team and All-State team and will look to add to his repertoire by being named as one of the best football players in the entire state by winning the lineman of the year award.

All 48 finalists were chosen by a panel of sports writers from around the state earlier in December. All 48 of the finalists also qualified for the state’s Mr. Football award, which will be presented at the ASWA’s annual Player of the Year luncheon in Montgomery on Jan. 18. The award is sponsored by the Alabama High School Athletic Directors and Coaches Associations.