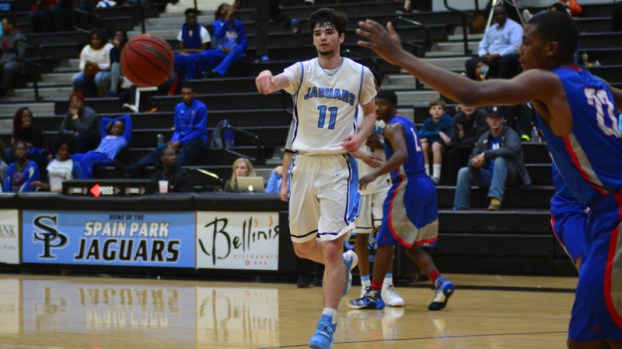 The Jaguars trailed 9-0 before they scored, 26-8 after one quarter of play and by as many as 20 points in the second half of the game.

But a Johnson three-pointer with about 6:15 remaining in the game cut the deficit to 49-40.

SPHS continued to fight, including a strong defensive rebound by Ron Fortson with about one minute left to play and a rebound and putback by Xavier Blanchard on the other end of the floor to make it 55-48.

Johnson drained a three with seconds remaining to bring the game to its final score.

He made five from beyond the three-point line and made 12 free throws in 15 attempts.

The loss drops the Jaguars to 6-11 on the season.

Jags fall to Ramsay as start of area play looms