COLUMBIANA – A 25-year-old Verbena man who is facing charges alleging he attempted to fraudulently repossess a man’s vehicle before injuring the victim and fleeing the scene while driving recklessly with small children in the car has been released from the Shelby County Jail after posting bonds totaling $33,800 in December 2016. 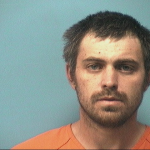 He is set to appear in Shelby County Circuit Court on May 16 for a status call.

Alabaster Police Chief Curtis Rigney previously said a 3-year-old child and a 4-year-old child were riding as passengers in Smitherman’s vehicle when the suspect allegedly fled the scene and proceeded to drive recklessly. Smitherman was “a parent, guardian or other person legally charged with the care or custody” of the children, according to court documents.

Alabaster police received several calls reporting a reckless driver traveling through the city, and attempted to intercept the suspect at several locations. Police caught up to the suspect and apprehended him after Smitherman collided with an Alabama Power truck in the 800 block of U.S. 31.

The children were not injured in the incident, and were placed in safe custody after Smitherman’s arrest, Rigney said.