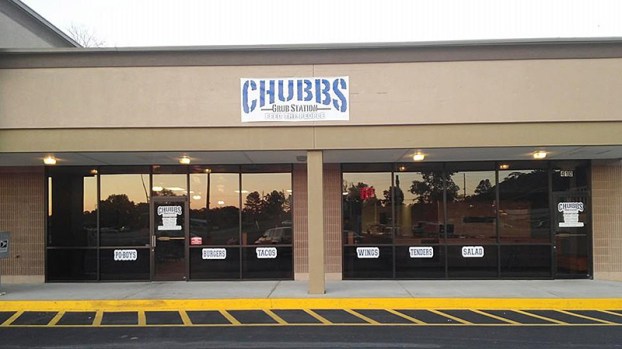 Papa Saia’s will be moving from its current location in Helena to its original location in the former Chubb’s Grub Station building in Alabaster, pictured, in February. (File)

ALABASTER – After several years in Helena, the Papa Saia’s restaurant will be returning to its original location in Alabaster in February, according to the restaurant’s management.

In a Jan. 4 Facebook post, the restaurant announced it will be closing its current location on Shelby County 261 near Old Town Helena at the end of January and reopening in a new location next to the Amy’s Hallmark store off First Street Southwest in Alabaster in February.

The Alabaster location was formerly occupied by Chubb’s Grub Station and served as Papa Saia’s original location when the restaurant opened in 1997. Papa Saia’s moved to Alabaster’s Propst Promenade after the shopping center opened in the mid-2000s, and then moved to Helena in 2012.

“Papa Saias will be relocating to Alabaster (our first location) in the old Chubbs bldg next to hallmark. We will remain open here (in Helena) through January and reopen in February,” read the restaurant’s Facebook post, noting one of the Alabaster location’s first major events will be a crawfish boil in March. “Hope to see you there. Thanks for all the great times in Helena. See you in Alabaster.”

Papa Saia’s is beginning renovations at the Alabaster location on Jan. 7, and will continue to offer its meat-and-three for lunch and a new wing buffet after reopening in Alabaster.

After Papa Saia’s moves from its Helena location, the building won’t stay vacant for long, according to Helena City Councilman Hal Woodman.

“We will say farewell but there is new business coming to the waterfall location so stay tuned. We hope it will be announced official soon,” Woodman wrote on his “No Sleep in Helena” blog. “Be sure to swing by Papa Saias and wish them well.”

CALERA – A winter storm watch is in effect for Shelby County from 6 a.m. on Friday, Jan. 6, until... read more