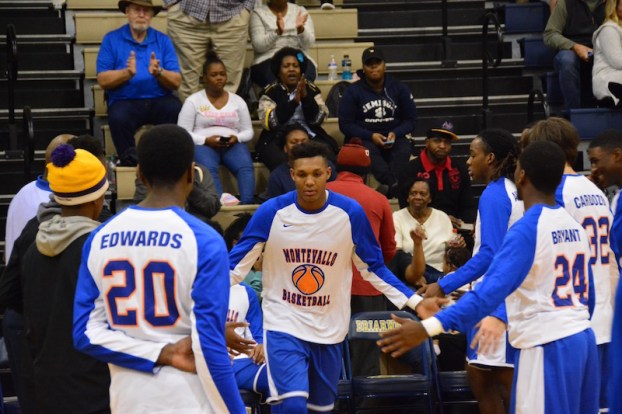 Stephen Campbell and Da’Shaunte Smith, above, two of the county’s best players, met on the hardwood in the loser’s bracket of the Jefferson-Shelby Hoops Classic. (File)

CORNER – Two of Shelby County’s best basketball players faced off against each other in the loser’s bracket of the Jefferson-Shelby Hoops Classic at Corner High School on Wednesday, Jan. 4.

Stephen Campbell, Vincent, and Da’Shaunte Smith, Montevallo, took to the court at Corner High School as two of the more impressive players in Shelby County. Both are averaging around or above the 20-point mark and do everything on the floor to lead their teams from rebounds to assists.

Neither player showed up in the first half as they combined for just eight points, five by Smith and three from Campbell. The struggles spread to the rest of their respective teams as well, as neither lit up the scoreboard. Both teams did however get some help from other guys early on.

Neither team looked particularly good in the second quarter as they only combined for eight made field goals and 20 points. Each team put up 10 points as the Bulldogs were able to take a 23-22 lead into the half. The defensive effort by both squads, particularly on both star players, was impressive and kept the game closely contested.

In the second half that changed as both guys woke up in the third quarter. Campbell came out and got six of Vincent’s first seven points in the quarter, while Campbell had all five of their points early in the quarter. 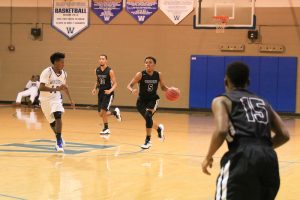 With the game tied at 32 it was a close contest, but Montevallo tightened up defensively to put together a run. Campbell didn’t score the rest of the quarter while Smith added five more points for 10 of the Bulldogs’ 14 third-quarter points. At the end of three Montevallo had built a 37-32 lead.

In the fourth things really got out of control as the Bulldogs’ defense held Vincent to just one point in the quarter. From the time the game was tied at 32, Montevallo ended the game on a 25-1 run to win by the final of 57-33.

Smith ended the game with 17 points for Montevallo, while Campbell only posted nine for Vincent. DeAndre Davis led the Yellow Jackets with 14 points in the loss. Tavarus Hall also added double figures for the Bulldogs with 13 points.