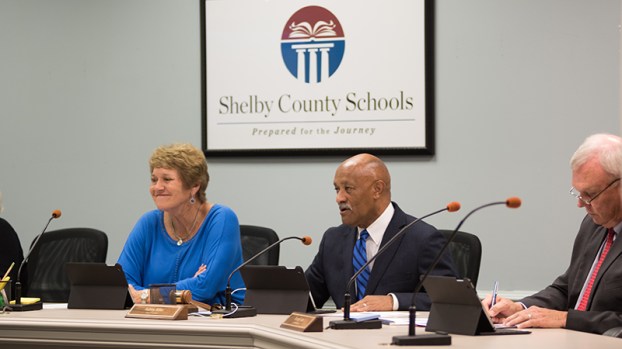 The grading system is reflective of school and district performance with the goal being to provide another transparent layer of accountability as it relates to elementary and secondary education in the state, according to the report.

The following indicators were provided in the December 2016 report card:

–Learning gains (for schools without a grade 12).

–Graduation rate (for schools with a grade 12).

For Shelby County Schools, a grade of 95 was given for learning gains in reading that was determined based on individual students who demonstrate improvement in reading from one year to the next using multiple years of data. This was seven points higher than the state average score of 88.

For math learning gains, Shelby County Schools received a 100 compared to the state average score of 90. The math score is determined based on individual students who demonstrate improvement in mathematics from one year to the next using multiple years of data.

For student achievement in reading, Shelby County Schools received a grade of 70 compared to the state average of 56. This was determined based on the percentage of proficient students in the area of reading utilizing assessments in tested grades.

For math student achievement, a score of 78 was given to Shelby County Schools as opposed to the state score of 63. This score was determined based on the percentage of proficient students in the area of mathematics utilizing assessments in tested grades.

For graduation rates, Shelby County Schools received a 95. This was six points better than the state average of 89. This score was determined based on the percentage of high school students who graduate within four or five years of first entering the 9th grade.

Shelby County Schools is the largest school district in the county with an approximate enrollment of 20,350 students, and Superintendent Randy Fuller was pleased with the district’s scores considering the large number of students enrolled.

“I’m very proud of the figures that were given out,” Fuller said. “Our instructional teams, principals and coaches have worked very hard to continue to grow and improve in the particular areas where we needed improvement. I’m excited we were the only county system and largest district to achieve the highest score.”

Phase II of the A-F report card will be released in December 2017 with additional indicators that will include learning gains, student achievement, graduation rate, college and career ready, Alabama PLAN 2020 program reviews, local indicators and attendance. An overall grade for each district will also be given in December 2017.

For more information on the Alabama A-F report card and to view other district scores, visit Ap.alsde.edu/accountability/AtoF/.