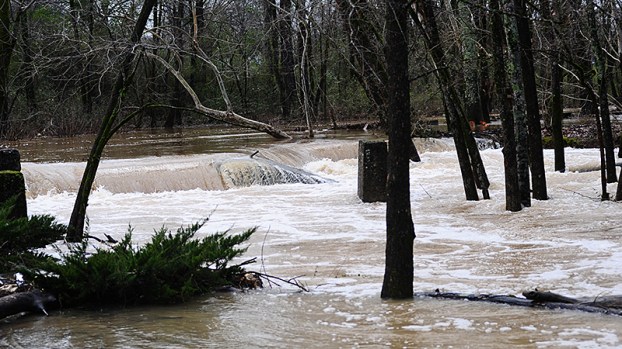 The Alabaster City Council approved Shelby County’s hazard mitigation plan during a Jan. 9 meeting, making the city eligible for FEMA funds in the event of a major disaster such as a flood. (File)

ALABASTER – The city of Alabaster will be eligible to receive Federal Emergency Management Authority money in the event of a major disaster after the City Council signed off on the county’s hazard mitigation plan during a Jan. 9 meeting.

Harvey said each county is required to have a hazard mitigation plan, and said Shelby County’s includes sections for each of the county’s jurisdictions.

“We met with the fire department, police department, public works, all the major players in the city about one-and-a-half years ago when we were formulating this plan,” Harvey told council members. “The state EMA and FEMA have already signed off on it.”

“It does not cost the city a penny to be a part of this,” Harvey said. “If we had another April 27, heaven forbid, or if the ice this past weekend had knocked out power to the entire county, who is going to pay for that? It’s mitigation dollars post-disaster from FEMA.”

PELHAM – The Pelham City Council announced at a meeting on Tuesday, Jan. 3, that the Alabama 261 Drainage Improvement... read more