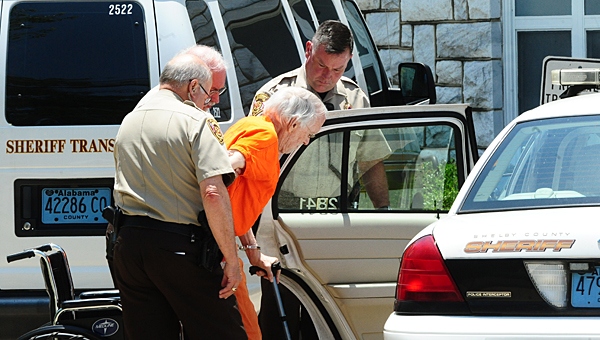 COLUMBIANA – An elderly suspect who has been charged with allegedly producing child pornography has pleaded not guilty to the charges, as his second request for a lower bond is still pending in Shelby County Circuit Court.

Ruepert Don Bryan, an 81-year-old former Alabaster doctor who now lists an address in Calera, entered pleas of not guilty and not guilty by reason of mental disease or defect on Dec. 20, 2016, according to court documents.

The request claims Bryan is a long-time resident of Shelby County and does not have any previous felony or misdemeanor convictions and urges Alvis to consider Bryan’s age and background, reputation, previous criminal record, whether the offense was violent and other factors.

Bryan’s most recent request for a lower bond came about six months after District Court Judge Daniel Crowson denied a similar request from Bryan’s attorneys. Bryan, who previously worked as an ear, nose and throat doctor in Alabaster, has remained in the Shelby County Jail since his June 3 arrest by the Shelby County Sheriff’s Office.

Traffic lights at 280/47 intersection being repaired

Work will continue on the morning of Wednesday, Jan. 11 to repair traffic lights at the intersection of U.S. 280... read more