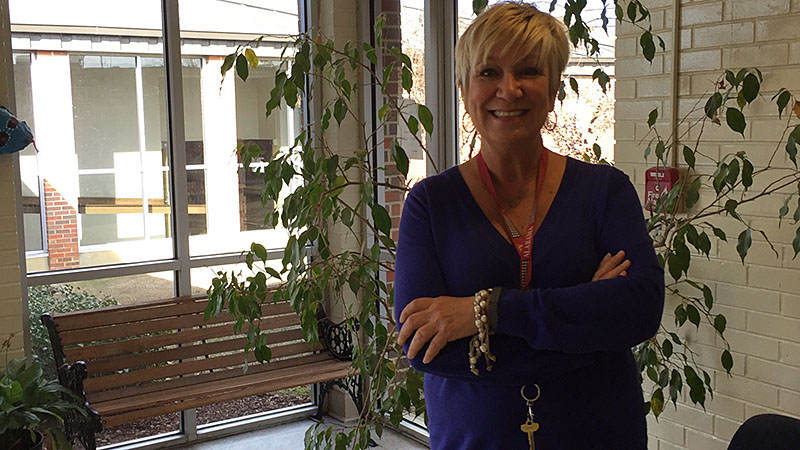 Randall, a Hueytown resident, who has been a teacher at TIS for 17 years, will make the trip to Washington D.C. Jan. 18-22 to attend the Presidential Inauguration Leadership Summit with a group called Envision.

Randall was selected in September 2016 to be a leader at the summit, where she will oversee 180 college students enrolled in the program.

“Envision is a student group that offers programs in various fields such as engineering, medicine, digital film, etc.,” Randall said. “They send you to different universities and you get to work with fellow students from around the world who have similar interest. I found out there was a group being taken to the inauguration, and I thought it would be really neat to go. I applied to be able to attend in July 2016, and was selected to attend. There will be almost 3,000 students coming from around the world that range from ninth grade to college.”

Students attending the summit will have the opportunity to attend the 58th Presidential Inauguration for Donald J. Trump on the National Mall, interact with speakers such as Gen. Colin Powell, Tucker Carlson and Spike Lee, and participate in events that will teach them to become future leaders.

“I think no matter the outcome of who won the presidential race, it is neat to be able to attend a very historic occasion,” Randall said. “Whether it was the first female president or the first non-politician to win, everyone knew it would be a historic event. Plus, I recently became a grandmother, and I started sitting back and thinking what would be some things I could tell my grandson that granny had the opportunity to be able to do. I thought being able to tell him I attended a presidential inauguration would be pretty cool.”

Randall spent a summer in New York with a similar organization that brought about 400 students together to focus on digital film and media.

Randall said as an educator she enjoys having the opportunity to meet large groups of students.

“I enjoy having all of the different personalities to interact with,” Randall said. “I learn as much from the kids as they could learn from me. I get the opportunity to see their different backgrounds and their experiences and it helps me bring that back to my classroom and be a better teacher.”

Randall said she has already received her schedule for the day of the inauguration and will have to be ready to leave at 4:30 a.m., be in place at 7 a.m. and be ready to stand at the event until around 2 p.m.

“It will be a long day for sure, but I am excited,” Randall said. “The biggest thing I am worried about is protesters and the weather. The leaders are going to have a training session on how to keep the kids safe, but it will be a jam packed day for sure.”