HOOVER – A McCalla man will serve three years in prison and two years probation for his part in a 2014 armed robbery in Shelby County. 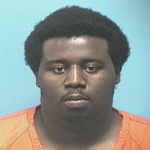 A sentence of 20 years was suspended but could be instituted if Smith violates the terms of his probation.

Smith was charged with aiding and abetting Jeremy Kadeem Callens in the use of force or threatened use of force to steal property from the Krispy Kreme off U.S. 280, according to Smith’s indictment.

Callens was armed with a deadly weapon during the incident, according the indictment.

Callens is serving jail time for the crime.

Smith, who has no prior adult felony convictions, had previously applied for youthful offender status in the case and pleaded not guilty before changing his plea to guilty on Jan. 10.

Before the plea change, Smith’s case was scheduled to go to trial on Feb. 13.

By NEAL WAGNER / Managing Editor ALABASTER – Nearly all Alabaster schools soon will have new 3D printers, after the... read more