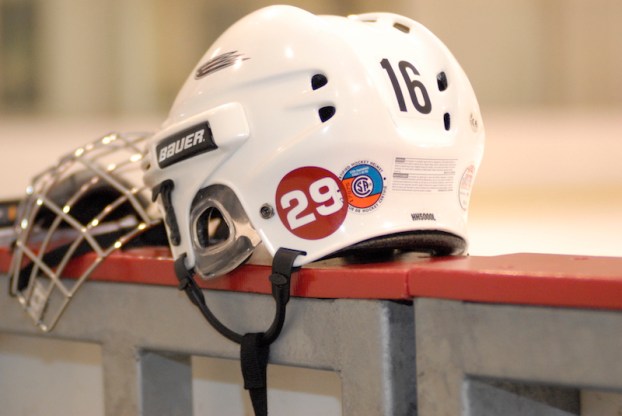 Alabama hockey has several upcoming promotions during their spring semester schedule including Jermaine “Funnymaine” Johnson who is known for his “How Bama Fans Watched..” videos. (File)

PELHAM, Ala. – Alabama Hockey will host three special event nights at games in the spring semester. The program has plans for Senior Night, Military Appreciation Night and a Teddy Bear Toss on three separate nights.

The team will honor seniors Jerry Jordan and Jack Safford before the Saturday tilt against West Virginia on Feb. 11. Jordan and Safford are the only two seniors on the squad. More details will be announced later.

For the second year in a row, Alabama will partner with American Legion Post 555 in Pelham for Military Appreciation Night on Feb. 17 against Life. The team will honor active military members and veterans in attendance. Last season Post 555 distributed approximately 100 gift bags to such military personnel.

Finally, the program will hold a Teddy Bear Toss to benefit charity during the Feb. 19game against Life. Fans attending the Sunday afternoon game are asked to bring a small stuffed animal to donate.

Additionally, the team will launch the Social Media Captain program for this weekend’s games in Pelham. Social Media Captains will tweet and post live about their experience at the game from their own social media accounts while being given a personalized jersey, meeting the team and dropping the ceremonial puck before the game. Head coach John Bierchen encourages fans to interact with the Captain using the hashtag #tidesocial.

This weekend, Jermaine “Funnymaine” Johnson has been selected as the Social Media Captain. Known for his “How ‘Bama Fans Watched…” videos, Funnymaine has over 272,000 likes on Facebook and over 30,000 followers on Twitter. If you think you would make a good Captain, contact the team at alabamahockeyclub@gmail.com.

For more information on the Alabama Hockey program, follow the team on Twitter at @AlabamaHockey or online at Alabamahockeyclub.com. Those interested in covering the team should contact Brian Ogden, Director of Media Relations, by email at blogden@crimson.ua.edu.