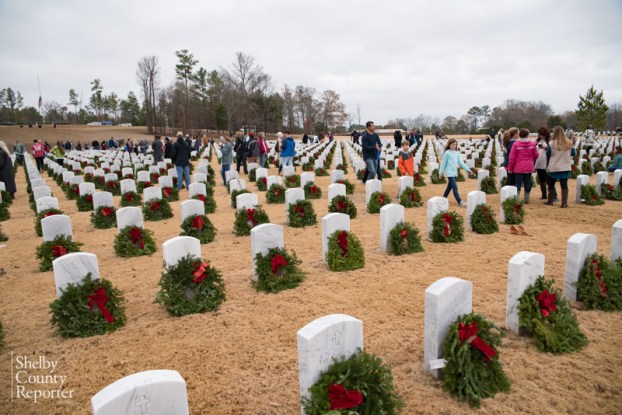 The Alabama National Cemetery is expanding, adding an additional 5 acres of burial sites.(File)

The Alabama National Cemetery in Montevallo began construction of its first planned expansion on Jan. 12.

An additional 5,000 pre-placed crypts and 1,000 in-ground cremation sites will be added. The new sites will serve 131,097 veterans within 75 miles of the cemetery, according to a press release.

The project will encompass 5 acres and provide 20 more years of gravesite availability for veterans and their families.

“One of our goals is to never run out of burial space,” Director Quincy Whitehead said.

According to Whitehead, the federally funded expansion has been planned for a few years now. The cemetery began to run short on cremation sites, necessitating phase one of the cemetery’s expansion.

“It’s important because we want to keep serving our veterans, because they’ve earned it,” Whitehead said.

The 300-day project should be completed by Oct. 1 of 2017. Construction will take place from 7 a.m. to 5:30 p.m., Monday through Thursday. Committal shelters and services will not be affected, according to a press release.

Whitehead asked families and visitors to be patient during the project and not to venture into the construction areas.

West Coast Contractors of Nevada, Inc. was awarded the contract for construction of the site.

According to Whitehead, the next planned expansion will not be necessary for another 15 to 20 years, depending on interment rates.

Beach, swimming and fishing piers to be added at Beaver Lake in OMSP