ALABASTER – A 19-year-old Alabaster man is facing up to 20 years in prison after he was arrested recently on a pair of drug-dealing charges. 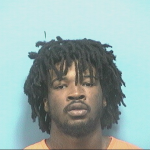 The charges are Class B felonies, and carry a maximum prison sentence of 20 years upon conviction.

According to his arrest warrants, Underwood allegedly distributed marijuana on two separate occasions in early 2016.

The warrants claim he distributed marijuana in the 500 block of Fifth Avenue Southeast in Alabaster on Feb. 16, 2016, and again from the same location on March 9, 2016.

Underwood was released from the Shelby County Jail two days after he was arrested after posting bonds totaling $20,000.

He is now set to appear in Shelby County District Court on Feb. 8 for a preliminary hearing, according to court documents.

By NEAL WAGNER / Managing Editor ALABASTER – Students and administrators showed their gratitude for School Board Appreciation Month by... read more