21-year-old son donates kidney to save his mom

When 21-year-old Nicholas Long found out his mother needed a kidney transplant to save her life, he did not think twice before stepping up to donate one of his. 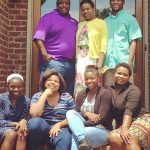 The Long family is thankful that a recent surgery for two members of the family was successful. Akilah Long (back, center) received a kidney donation from her son, Nicholas (back right) in January. (CONTRIBUTED)

“It wasn’t really something I had to think about,” Long, a Chelsea resident, said. “She is my mom, and she has done so much for me, that when I found out she needed a kidney, it was kind of a no-brainer.”

The journey leading up to Akilah Long, 41, receiving a kidney transplant first started in 2010 after Akilah was diagnosed with Lupus.

The Lupus began attacking her kidneys, prompting a four-year journey with dialysis.

“We had gotten to the point where I was going to the dialysis center three days a week for a four-hour block of time each time,” Akilah said. “We were going to start dialysis at home, but that meant someone was going to have to stay at home and help me. At the time, my husband, Cliff, was thinking he could do it, but he travels a lot for work.”

Nicholas, a student at Pensacola State College at the time, decided to put school on hold while he learned how to care for his mother and her dialysis at the family’s home.

“I kept telling him I wanted him to stay in school, but he kept saying he needed to be there to help me,” Akilah said. “Nicholas went through a three week training, and as a result he now knows how to give me blood, how to give me fluid, he can monitor my blood pressure. It really takes a lot for the person helping you because ultimately they have to be able to do lifesaving things with you the whole time. When we were going through that process, he was such an encouragement for me. Even when it was hard for me to keep going, he was always an encouraging voice for me. He kept telling me he was going to make sure I was well enough to get a new kidney, and then he was going to give me his kidney.”

While several individuals volunteered to give Akilah a much-needed kidney donation, Nicholas was determined to help his mom, and went through numerous tests before being cleared to donate.

“We got a letter from UAB saying that I was a match, and I was really excited,” Nicholas said. “I was just relieved to know that my mom was going to be OK.” 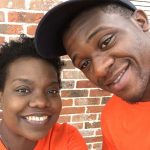 Akilah Long (left) said she will always be thankful for her son, Nicholas, (right) and the gift of life he gave to her. (CONTRIBUTED)

The initial surgery was scheduled for Aug. 25, 2016, but at the last minute doctors noticed Akilah was showing signs of a fever, and found an infection due to a growth sitting on the Mitral Valve of her heart.

“We were all very discouraged at that point because we had all gone through so much to get to the point of the kidney donation, and to hear about the infection was just hard on everyone,” Akilah said.

After several months of recuperating from open heart surgery, Akilah received testing to find out she was well enough to have the kidney transplant, and doctors found Nicholas was still able to be a donor.

Both mom and son had surgery on Jan. 4, and Akilah received one her son’s kidneys.

“It has been very touching for me that I carried my son in the womb for nine months, I gave him life, and I raised him, and then in the end he was the one who gave me my life,” Akilah said. “I remind Nicholas of a Bible verse that I have shared with him throughout his life that says ‘honor thy father and thy mother that it may go well with thee.’ I feel as though he chose to honor me, and I believe because of that he will be blessed. He may not see that now, but there will come a time that he will understand.”

“It has been a journey,” Cliff Long, Akilah’s husband and Nicholas’ father said. “It has been very tiring to have two patients in two different counties. I have a wife who needs me and a son who needs me, so there has been a lot of going back and forth. Our family has been very blessed by so many people, and we have had a lot of support to get through this.”

While Nicholas admits he was a “little” nervous about the whole process, he is now thankful to know his mom is on her road to recovery.

“The doctors have told me that I will be fine to live with one kidney,” Nicholas said. “I have to maintain a healthy lifestyle and monitor certain things, but I will be OK. I am just thankful that everything went well with the surgery, and most of all that my mom is doing much better.”

By EMILY REED / Special to the Reporter ALABASTER – Individuals looking to be debt free or to get a... read more