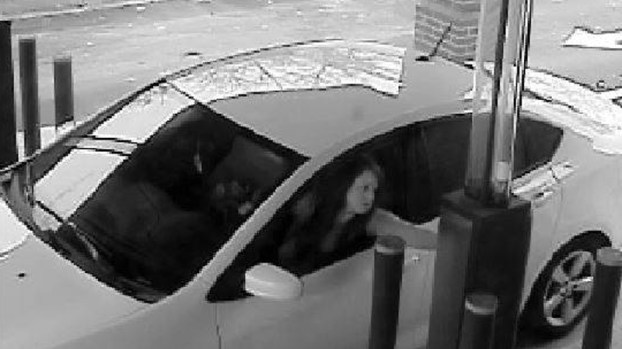 The Shelby County Sheriff’s Office released this image from a bank surveillance video showing a woman suspected of stealing from a vehicle at a local daycare center. (CONTRIBUTED)

Woman suspected of stealing from cars at daycares

NORTH SHELBY – A woman suspected of stealing from a vehicle at a daycare off U.S. 280 in December could also be involved in several other similar cases.

The Shelby County Sheriff’s Office on Tuesday, Jan. 17, released images taken from surveillance video at a local bank where the suspect was trying to obtain money using a debit card stolen from a daycare off Heatherbrooke Park Drive in north Shelby County.

The suspect apparently took a purse from an unlocked vehicle while the owner was inside the daycare on Dec. 20, SCSO Sgt. Kevin Brand said.

Once the images were publicized, SCSO realized the suspect could be involved with other related cases at other daycares in the area and as far away as Madison.

The woman appears to be driving a Dodge Dart. No other description of the suspect is available other than what can be seen in the image released.

Brand said residents should contact police if they have any information about the cases or the suspect.

Anyone with information should call Investigator Andrew Stanley at 670-6173 or leave an anonymous tip at ShelbySO.com.

“If people can lock it, hide it, keep it, that will keep a lot of these people from being able to victimize them,” Brand said.

By BAKER ELLIS / Staff Writer COLUMBIANA – The Shelby County Board of Education met for the first time in... read more