HOOVER – A man who allegedly stole a car from a gas station near the intersection of U.S. 280 and Alabama 119 was arrested about 45 minutes after the crime. 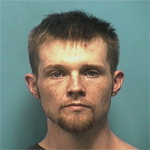 The victim told police that he left his keys in the ignition while he went inside the store, and he discovered the vehicle missing when he exited the store.

HPD issued a “be on the lookout” to surrounding agencies with a description of the vehicle.

At about 9:15 p.m., Birmingham Police located the vehicle in the 2300 Block of Second Avenue North and arrested the driver.

Brown, who has been charged with first-degree theft of property, was transferred from Birmingham City Jail to Shelby County Jail on Wednesday, Jan. 25 and is being held on a $30,000 bond.