COLUMBIANA – A 31-year-old Alabaster man who is facing a felony child abuse charge has asked a Shelby County District Court judge to modify his bond to allow him to have supervised visits with his children, according to court documents. 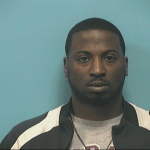 The Pelham Police Department arrested Birchfield on Dec. 14, 2016. According to his arrest warrant, Birchfield allegedly “struck the victim multiple times across the back and his sides with a belt,” between Nov. 16-28. The victim, who was younger than 18, was in Birchfield’s custody at the time of the alleged incidents.

Willful child abuse is a Class C felony, according to Alabama law, and is punishable by up to 10 years in prison upon conviction.

Birchfield was released from the Shelby County Jail the same day he was arrested after posting a $10,000 bond, according to jail records. As a condition of his bond, Birchfield was ordered to have no contact with the victim in the case.

In his Jan. 20 request, Birchfield asked Crowson to modify his bond to allow him to continue to have supervised visits with his children, claiming he has “been attending parenting classes on a regular basis.”

“Defendant promises this court to appear in any court at any time ordered in reference to this case,” the bond request read.

Crowson is set to make a ruling on the bond request during a Feb. 1 hearing at 8:30 a.m. in the Shelby County Courthouse.

PELHAM – At the Greater Shelby County Chamber of Commerce’s 36th Annual Meeting on Wednesday, Jan. 25, the University of... read more