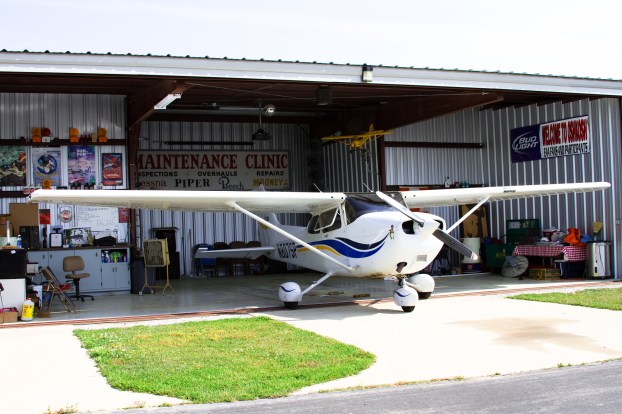 Members of the Shelby County Aviation Association have organized a charity flight to Gatlinburg, Tennessee on Feb. 4 to try to help revitalize the city’s struggling economy. (File)

CALERA – Shelby County Airport manager Terry Franklin said the city of Gatlinburg, Tennessee was deserted when he visited with his wife on the weekend of Saturday, Jan. 21, for their anniversary.

To help boost the city’s economy, 75 people in 22 airplanes are flying to Gatlinburg on Saturday, Feb. 4, and will spend the weekend shopping and eating in restaurants.

“They’ve lost their locals because their homes burned down and the tourists are staying in Pigeon Forge,” said Charles Welden, president of the Shelby County Aviation Association.

Welden said some members of the aviation association had homes in Gatlinburg that were destroyed in the wildfires, so the group really wanted to do something to try to help the area’s struggling economy.

“Financially, we know that this isn’t going to make a huge impact, but it’s showing people that you care,” Franklin said.

Franklin said most visitors who entered Gatlinburg the weekend he was there did so only to gawk at the destruction caused by wildfires that ran rampant through the city in late November, right after Thanksgiving.

“People were just coming to see and then turning around and going back to Pigeon Forge,” Franklin said. “No one was staying to shop or to eat.”

Franklin said the general public seems to be under the impression that the entire city is in ruins, but he said that’s not true.

“All of the businesses on the main strip in the city are fine and they’re open,” he said. “The wildfires mainly got the outer edges of the city. Business owners said their businesses are hurting because people aren’t there.”

Welden said the goal of the trip, which was organized by the Shelby County Aviation Association, is to “go there and take pictures and spend money to let people know that Gatlinburg is still a good place to go.”

Those going on the trip are planning to arrive in the city early Saturday morning and leave on Sunday.

This isn’t the first time Franklin and the Shelby County Aviation Association has conducted a charity flight. In 2010, more than 60 people in 26 airplanes flew to Gulf Shores after the oil spill. The goal was the same: to help boost the economy by eating and shopping in the city.

In 2011, the pilots went back to Gulf Shores, but this time it was to pick up toys, cleaning supplies and canned food from the Gulf Shores’ Jack Edwards Airport donated by Gulf Shore residents.

The Gulf Shores airport heard that the Shelby County Aviation Association was collecting items for victims of the 2011 tornadoes in central and north Alabama and wanted to help as a thank-you to the pilots who offered a helping hand during their time of need.

By ALEC ETHEREDGE | Sports Editor PELHAM – As we have rung in a new year, a lot has changed... read more