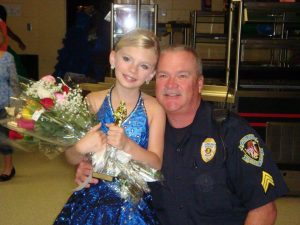 Woodall began working for APD in 1995, and served the community for more than 20 years before retiring in 2016.

During Woodall’s career with APD, he served as an Alabaster City Schools, a patrol officer and a patrol sergeant. He was also a member of the department’s special response team and the Shelby County Fraternal Order of Police.

Woodall is survived by his children, grandchildren, siblings and pets. The memorial is scheduled to take place at 4:30 p.m. on Tuesday, Jan. 31 at Westwood Baptist Church. The funeral will immediately follow the memorial at 6 p.m., and will be directed by Charter Funeral Home.

In lieu of flowers, donations in Woodall’s name to the Shelby County Fraternal Order of Police are requested.

According to a post from the ADP Facebook page, “Sergeant Woodall was a friend to many and will be missed by all,” and community members were encouraged to “keep the Woodall family in [their] thoughts and prayers.”