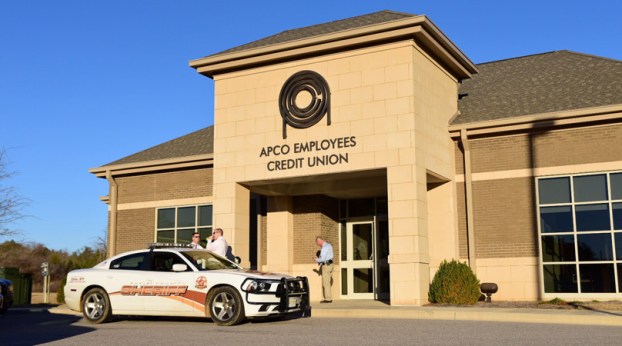 Deputies from the Shelby County Sheriff’s Office arrived at the Apco Employees Credit Union at Chelsea Crossroads before 3 p.m. on Monday, Jan. 30 after receiving reports of a robbery.

SCSO Captain Jeff Hartley said there were no deaths or injuries, and police are currently combing the area for the suspect, who was reported to have fled from the bank with an undisclosed amount of money.

The suspect has been described as a white male who appears to be in his 20s and is approximately six feet tall and weighs about 180 pounds. The suspect has a dark beard and mustache, and was last seen behind the nearby Publix shopping center wearing a gray jacket, black T-shirt, blue jeans and a black and white baseball hat.

Police have been searching for the suspect on Old Alabama 280 going toward Westover, and are using the Sheriff’s Office helicopter for assistance.

Hartley said investigators will soon call off the search and try to identify the suspect from the individuals they have already spoken with.

The Sheriff’s office will continue to work with the Federal Bureau of Investigation in order to locate and arrest the suspect. According to a press release from SCSO, residents in nearby areas have no reason to be alarmed.

Anyone who has more information on this crime is encouraged to call the Shelby County Sheriff’s Office at directly at 669-4180, call their Secret Witness line at 669-9116 or leave an anonymous tip at Shelbyso.com.