BIRMINGHAM – A Jefferson County Circuit Court judge has denied youthful offender status for a 19-year-old man who is facing a capital murder charge and who police believe was involved in a 2015 armed robbery in Alabaster, according to court documents. 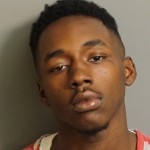 In June 2016, a Jefferson County grand jury returned a four-count indictment against Edwards, upholding charges of capital murder, attempted murder, first-degree robbery and first-degree theft of property against him.

After he was indicted, Edwards asked for youthful offender status on the four charges, which would have lessened his possible punishments if he was found guilty of the crimes. He is now set to appear in court on April 17 for a status call.