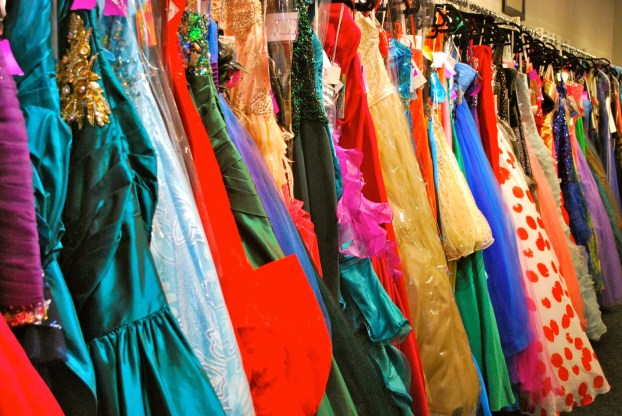 Members of the community have the chance to donate their gently used prom dresses at the Weatherford Building at the King’s Home Girls’ Campus on Friday, Feb. 10 from 11 a.m. to 1 p.m. (Contributed)

The King’s Home will be collecting prom dresses, shoes and accessories for its female residents on their first ever Prom Dress Donation Day at the Weatherford Building from 11 a.m. to 1 p.m. on Friday, Feb. 10. According to organizer Rachel Ivey, many people in the community have already expressed interest in donating their used dresses.

“The King’s Home would prefer that the dresses not trickle in,” Ivey said. “They have a small number of staff, so they wanted a day where we could collect the dresses.”

Ivey was originally inspired to start collecting prom dresses for King’s Home residents after watching her own daughter prepare for her high school prom.

“My involvement in the King’s Home keeps getting bigger through the lens of my own kids,” Ivey said. “When my daughter was getting ready for prom, she wanted me to take her out and start shopping for dresses. These kids don’t have parents that are taking them out to try on dresses.”

Ivey said a lot of parents in Chelsea would benefit from donating their gently used prom dresses.

“I bet there are a lot of parents in Chelsea who have dresses that they spent a decent amount of money on for their daughters that are just sitting in a closet somewhere. They get work on one night, for one special event, and they never get worn again. People in Chelsea are wonderful, giving people. If someone makes a need known to them, they jump in,” Ivey said.

While there is already a small collection of prom dresses at the King’s Home, Ivey felt the girls didn’t have enough options to choose from.

“There’s a closet at the King’s Home with whatever formal dresses they happen to have. When these girls have a big event like prom, they go to the closet and try to find a dress that they like,” Ivey said. “

Ivey said she is unsure if the King’s Home has a specific dress code for their residents, but all donated dresses should be tasteful and in good condition.

“They need to be nice. They need to be the kind of dresses that your own daughter would wear, and not something that’s stained that you’re trying to get rid of,” Ivey said.

In Ivey’s opinion, going to prom is a tradition that every high school student should be able to enjoy, regardless of where they come from.

For more information about the event or donating a dress, contact Ivey at ivey328@gmail.com.