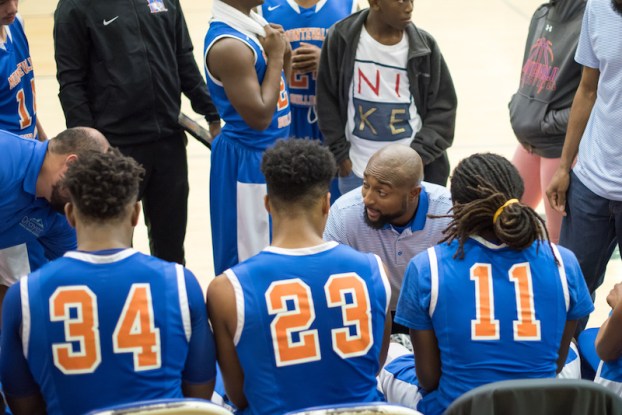 PRATTVILLE –  Montevallo has established themselves as not only one of the best teams in Shelby County, but the state. The Class 3A No. 3 Bulldogs had won eight in a row and were 5-0 in area play coming into their last area game of the season with No. 9 Prattville Christian on Tuesday, Jan. 31, which meant they had a chance to finish area play perfect with a win.

The Bulldogs (19-4, 6-0) trailed the entire night, but exploded for 29 points in the final quarter and took their first lead in the last minute of the game thanks to a 3-pointer from Daqwan Bryant. His deep bomb gave Montevallo a 60-57 lead and after knocking down two free throws to ice the game in the final seconds, they took down the Panthers 62-57.

The 29 fourth quarter points weren’t a shock for a team that lights it up offensively on frequent occasions, but the low first half totals for Montevallo were a bit odd.

Prattville Christian came out and played solid on both ends of the quarter in the first quarter outscoring the Bulldogs 17-11 in the quarter. Any time a team is able to hold Da’Shaunte Smith and company under 15 points in a quarter, it’s an impressive feat and will give that team a chance to win the game.

Even more impressively than the 11 they held them to in the first, the Panthers played even tighter defense in the second quarter holding Montevallo to just seven points. Prattville controlled the first half and held the Bulldogs under 20 points as they took a 30-18 lead into the half.

Montevallo’s perfect area season was slipping away from them, but they still had an entire half to right the ship.

That’s just what they did starting in the third quarter as they battled back into it outscoring the Panthers 15-12 in the period. The Bulldogs still trailed 42-33, but were within shouting distance heading to the fourth.

That shouting distance was all they needed after the offense looked a lot more Montevallo like in the final period. That 29 points in the fourth was four short of what they had scored in the entire game up to that point.

Chelsea senior leader Joseph Lanzi had a game-high 17 points to lead the Hornets to a win over rival Oak... read more