HOOVER – A former plumber for Hoover City Schools fraudulently purchased $37,000 worth of copper pipe that was not used for school projects between November 2014 and March 2016, according to the Hoover Police Department. 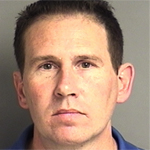 Stephen Todd Huddleston, 45, of Calera was arrested on Thursday, Feb. 2 at a business in the 200 Block of Cahaba Valley Parkway in Pelham, according to a Hoover Police Department press release.

Huddleston, who was initially transported to the Hoover City Jail and is to be transferred to the Shelby County Jail, is charged with first-degree theft of property and has been issued a $30,000 bond, according to the release.

HPD officers were notified in November 2016 about an employee being investigated for making fraudulent purchases of copper pipe.

The ensuing criminal investigation revealed that Huddleston allegedly used the school system’s accounts to purchase copper pipe that was never used for any projects at a school, the release read.

Detectives presented the case to the Shelby County District Attorney’s Office, who issued the warrant.

The city of Chelsea began the process of dismantling the Weldon building on Shelby County 47 on Thursday, Feb. 2.... read more