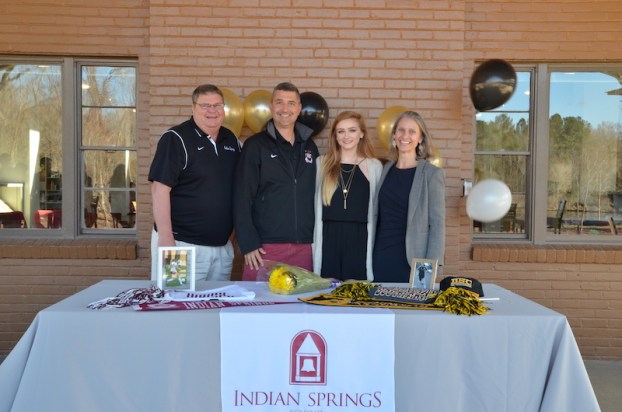 Barrow, who said she was so relieved the signing is now official, was the Co-Captain of Springs’ varsity soccer team as she helped lead the team to the first round of the 2016 state soccer playoffs.

She was also named to the 2016 All-Metro team during her junior year, when she scored 24 goals in 23 games—more than any other high school player, in any classification, in the Birmingham Metro area.

“Scoring more goals last season than any player in the Birmingham METRO in any classification (AHSAA 1A-7A) puts Sydney in the top two or three goal scorers in the state,” said Indian Springs girls soccer coach Hunter Gray of the seniors achievement.

“If you look at her career at Indian Springs, you can see that she is very much a team-oriented player. She came in as a forward, but we had forwards, so she played outside midfield as a freshman and outside back as a sophomore. Last year we needed goals, so she moved to forward.

“Birmingham-Southern is definitely getting a quality player but also a quality person who will do whatever she is asked to do,” continued Gray. “Very proud of her today. Thank you for coming out to celebrate this with her.”

Barrow also received an offer from Huntingdon college in Montgomery, but decided to stay closer to home.

The improvement factor is one thing that help solidify Barrow’s decision to stay in the Birmingham area and put in work.

“That’s one of the things I like most about Springs soccer,” she said. “With some teams, the players don’t help each other because they’re all fighting to be a leader. At Springs, everyone helps each other to improve. It’s not always about having a group of girls where everyone, as an individual player, is amazing. If you have individuals who know each other, and know how to work and defend together, that’s so important.”