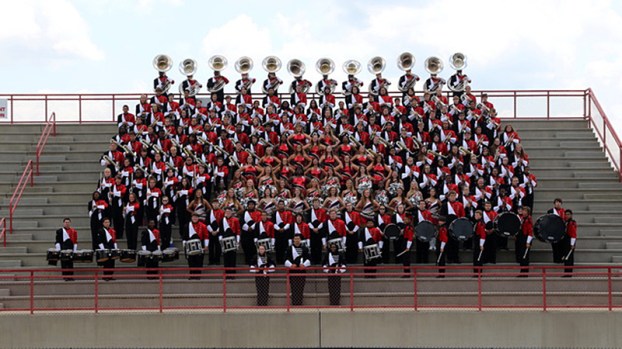 “We were really excited to be selected to participate in this very prestigious event,” said THS band director Jon Bubbett. “Our wind ensemble has performed on a regional and national level for the past eight years now. We were looking for an opportunity for our marching band to do the same thing, and this parade was recommended to me as being a great entry-level parade that could eventually lead us to participating in the Macy’s or Rose Bowl parades.”

Bubbett said he sent in the band’s application for consideration, and learned in December that the group had been selected to participate.

Bubbett said the trip will consist of two nights in New York and two nights in Philadelphia, Pennsylvania with students having the opportunity to participate in several events.

“We will have the opportunity to see a Broadway play, we will be going to Ground Zero,” Bubbett said. “We will also get to have a dinner cruise along the Delaware River for Thanksgiving dinner, which will be a highlight.”

“I have heard there are a lot of starts and stops in this parade,” Bubbett said. “Apparently, when the bands are stopped, people in the crowd will request different songs to be played. One of the songs I have heard people request is the theme song from ‘Rocky,’ so we will definitely be practicing that song to be ready to play.”

Students will soon begin raising funds for the trip, which Bubbett estimates should cost each student roughly $1,000 to attend.

“We really want every student to be able to attend, so we are going to be raising funds constantly,” Bubbett said. “This will be by far the biggest band trip we have ever done.”

St. Catherine’s Episcopal in Chelsea will offer free health care screenings on at the church on Sunday, Feb. 12 from... read more