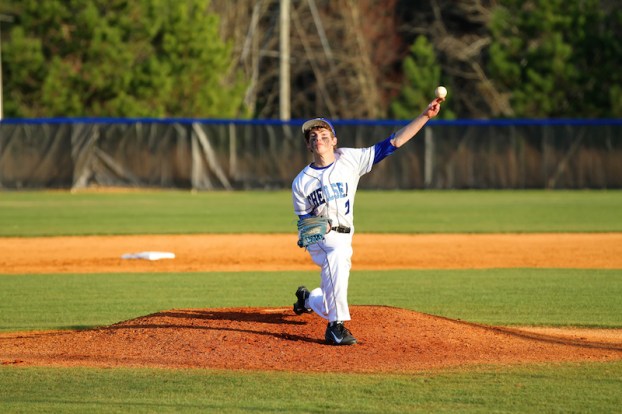 Chelsea will have a few fresh faces pitching quality innings this season as the Hornets attempt to bounce back from a tough 2016 campaign. (File)

CHELSEA – The Chelsea baseball Hornets are coming off a tough season, no two ways about it. Last year the Hornets went 12-20 and were unable to win a single area game in the regular season, missing the postseason altogether. In 2017, with a robust junior class and a core group of seniors, head coach Michael Stallings is hoping for a bounce back year.

“It was a disappointing year last year,” Stallings said candidly. “The expectation with that senior group was a lot higher. They didn’t have success early and never got out of the funk. But nonetheless this group turned that around this summer and it’s a different group now. It’s a totally different group. There’s a lot of excitement going into the season.”

The Hornets will lose pitchers Joel Cheatwood and Jake Posey off of last year’s team, both of whom are now playing college baseball. Cheatwood is now playing at Snead State, and in his senior year at Chelsea hit .314 and was a capable shortstop and pitcher for the Hornets, while Posey, now at Montevallo, had a 3.05 ERA and led the team with 62 strikeouts.

“Those were our two area guys last year,” Stallings said of his two departed pitchers. “But we’re bringing back some guys who saw some quality innings last year. Riley Watkins pitched significant innings last year as a sophomore, Connor Burnett had a good bit of appearances for us last year as a junior. Past that, it’s going to be a little different.”

Watkins, one of the juniors who will make up the core of this team, went 4-1 last year on the mound and recorded 47 strikeouts to go along with a 2.24 ERA. He, along with Burnett and South Alabama verbal commit Brendan Case will likely see the majority of the area innings. Case is the first pitcher Stallings has had who can throw submarine-style, which is a unique attribute among high school athletes. Sam Towery, the point guard on the basketball team, could also see time on the mound once basketball season is over.

There aren’t one or two big bats on this team, and from an offensive perspective the Hornets will wait to see who can develop some potency from the plate in the early going. What this team does have, Stallings said, is a solid group of juniors along with a small core of seniors who are capable, have experience and are ready to get going.

“The majority of our guys are juniors, but only a couple of them are coming into this year without varsity experience,” Stallings said. “This is a great bunch.”

The reality for this Chelsea team is that their new three-team area, 6A Area 8, will go through Helena. The entire 6A classification this year is going to have to deal with the talent oozing out of that roster, and Chelsea is going to get very familiar with the Huskies this season. Helena has competed for the last two 5A state titles with essentially the same team, and now much of that group is back for their senior year, in a new classification and ready to make their mark in the 6A ranks.

“Helena’s got a great group of seniors, they’re a very talented group, very well-coached,” Stallings said. “I think we’ll match up well with both Helena and Pelham. We’ve got the pitching, the defense, we should be able to swing it well enough. But it’s all about pitching, that’s going to be the tell-tale sign.”

High school baseball is not like high school basketball in Alabama. There are no area tournaments, the top two teams from each area in the regular season automatically make the playoffs, which puts an inordinate amount of pressure on a precious few games in the season. Playing well in the right spots will be critical for this Chelsea bunch.

“There’s a lot of good pieces to this puzzle that’s creating a lot of excitement for the start of the season,” Stallings said. “I’m just ready to see this group compete.”