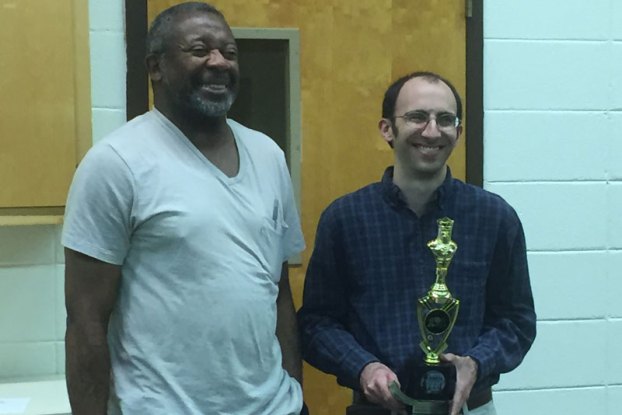 Dr. Scott Varagona, assistant professor of mathematics at the University of Montevallo, won the 2017 MLK Classic chess tournament on Jan. 14.

Varagona competed in the division for chess experts with ratings over 1800. He said many of his Premier league opponents, who came from across Alabama, had a chess rating over 2000. Varagona was prepared to face the challenge due to his years of chess experience.

“I learned how to play chess when I was in fourth grade, but didn’t start playing really seriously until I was in high school,” Varagona wrote in an email. “I have been playing competitively ever since.”

At the MLK Classic, Varagona won three matches and drew one. He scored three points for his wins and a half point for his draw. He said his closest opponents finished the day with three points.

Even away from the board, Varagona draws on his chess expertise.

“Chess has definitely helped enrich my teaching … as part of UM’s Game Studies and Design program,” Varagona wrote. “I teach a class called ‘Mathematics of Chess’ that delves into the mathematics hidden beneath the surface of chess-related puzzles.”

Chess has had an impact on the professor’s personal life as well. He said the game taught him discipline, the importance of thinking ahead and how important it is to learn from your mistakes and improve.

“Chess teaches you that you simply cannot always win in life, and you have to make peace with that,” Varagona wrote. “Even if you know just the basics of the game and play casually, chess can still be incredibly rewarding. I would encourage everyone to give it a try!”

Varagona thanked tournament director Caesar Lawrence “for his tireless efforts as a chess organizer and promoter in Alabama” and his friends and colleagues at the university for their support of him and his chess career.