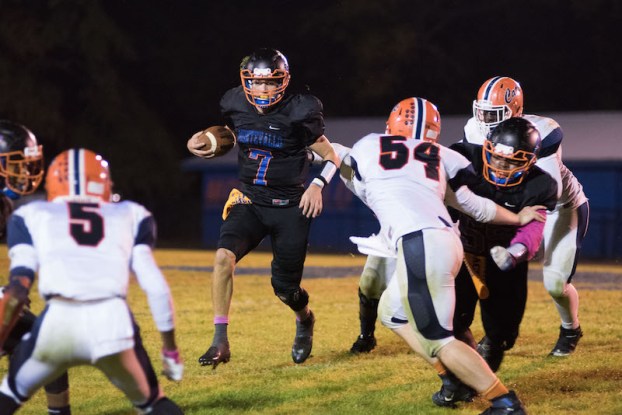 Montevallo's Zac Oden had an impressive senior season after throwing for 3,210 yards. He is now headed to play college football at Northeast Mississippi Community College. (File)

MONTEVALLO – Montevallo had a fantastic football season and a big part of that success was quarterback Zac Oden. The entire Bulldogs’ team was a little underrated all year and it continued into the signing period for players to decide on their football futures.

The first play of the Bulldogs’ 2016 football season was a sign of how explosive this offense was after Oden connected with Tre’Shawn Brown for a 71-yard touchdown. The offense didn’t disappoint the rest of the season as Oden and his receivers had monster years.

While a couple of Montevallo players remain unsigned that are deserving of a scholarship, Oden now has that burden off of his shoulders. Oden, who was named as an All-County First Team Quarterback for the second consecutive season back in December, officially signed to play football with Northeast Mississippi Community College in Booneville, Mississippi. 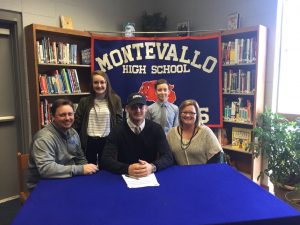 Oden during his signing. (Contributed)

Oden, who was only named as an honorable mention on the All-State team, has been one of the more prolific quarterbacks in the state over the past couple of seasons.

During his senior year he led his team to the second round of the playoffs while completing 221 of his 392 passes, which was good enough for a completion percentage of 66 percent. Also, of those 392 pass attempts only six of them were picked off by opposing defenses.

He wasn’t the biggest dual threat quarterback, but not afraid to use his legs he ran for another four touchdowns and 79 yards on the ground.

I have no doubt that Oden will compete for the starting job with the Tigers who held a 6-3 overall record last year. If he does get it then look out, he will turn heads and impress during his first season.