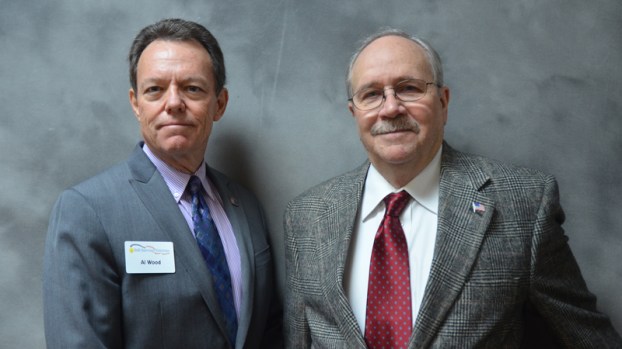 HOOVER – A charity golf tournament scheduled for Greystone Golf and Country Club on March 27 will benefit the Folds of Honor organization.

The inaugural Patriot Shootout of Alabama is intended to honor the sacrifice of veterans and will include the Patriot’s Dinner on March 26, Tournament Director Russell Redford told a meeting of the Hoover Area Chamber of Commerce Economic Development Committee on Thursday, Feb. 2.

Redford was introduced at the meeting by Al Wood with the Still Serving Veterans organization.

Redford said he has helped manage Alabama’s Robert Trent Jones Golf Trail as well as held other positions related to the sport before joining Folds of Honor.

Folds of Honor is planning four major fundraising events in the state over the next few years, starting with the Patriot Shootout of Alabama.

Folds of Honor is a national non-profit organization established in 2006 to provide scholarships for children and spouses of military service members who have fallen or were disabled while serving.

About 200 scholarships for Alabama students have been provided by Folds of Honor.

Redford said the organization’s goal is for the golf tournament to fund six $5,000 scholarships.

“Golf is a great platform,” he said. “We’re going to do all we can do to raise awareness up and down the state of Alabama.”

Opening ceremonies for the tournament will begin at 11:30 a.m. on March 27 with a shotgun start to follow.

There will be dinner, an awards ceremony and live auction following the four-person scramble tournament.

Registration for the tournament is open and can be completed at PatriotShootoutAL.com.

Registration requires a $500 donation to Folds of Honor. Attendance at the Patriot’s Dinner is $195 for an individual and $350 for a couple.

The guest speaker at the Patriot’s Dinner will be Sarah White, regional development officer for the Folds of Honor North Texas Chapter.

White was the first Folds of Honor scholarship recipient for Alabama and a 2011 graduate of Auburn University.

Multiple levels of sponsorship are also available. Visit the website for more information.

INDIAN SPRINGS VILLAGE – Reading poetry is one thing, but memorizing it and performing it is quite another thing. Two... read more