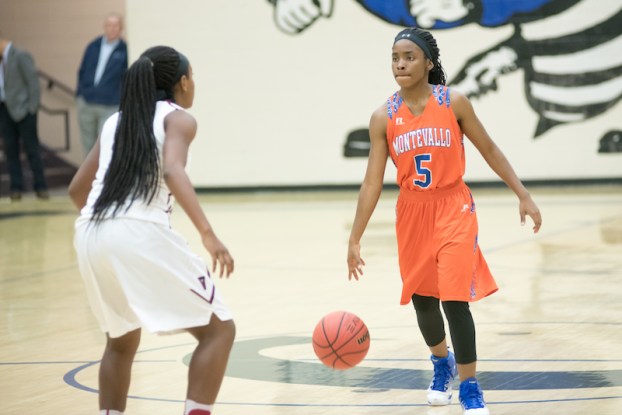 Montevallo went 4-0 during their final week of the regular season after winning four games in five days. (File)

The Montevallo Lady Bulldogs finished their regular season in strong fashion and are now 22-6 overall on the season heading into the area tournament.  The last regular season week of the season was an especially tough, but impressive week for the Lady Dawgs as they played four opponents in five days winning all four to close out their season.

“I am extremely proud of the way this team has finished their regular season,” Montevallo head coach Tina Niven said.  “It was a tough week mentally and physically on them, but they played so hard. Now we look forward to the start of the post season and hope to continue playing well.”

They started the tough trek on Tuesday, Jan. 31st playing their final regular season area game by visiting the Prattville Christian Panthers.  Montevallo struggled throughout the night with their shooting but rallied in the final minute to defeat the Lady Panthers in a close 35-34 game.  Takila Hill led all scorers with 15 points and 11 rebounds, while Alasha Reed contributed 12 points and 10 rebounds.  Lauryn Lilly was held to a season-low eight points.  The win tied them with Montgomery Academy for first place in the area at 5-1, but they lost the coin toss and will have to play their area tournament at Montgomery Academy.

Friday night the Montevallo helped to celebrate the career of Coach Bobby “CP” Pierson by defeating the Briarwood Christian Lady Lions 40-23.  Even after being in foul trouble early, Lilly led all scorers with 14 points and seven rebounds.  Reed contributed 10 points while Hill added nine points and eight rebounds.

Saturday afternoon the Lady Bulldogs played their final game of the tough stretch as they defeated Shelby County High School 53-48 to finish out their regular season.  Hill had 18 points and 16 rebounds in that one, while Lilly and Reed added 14 and 12 points, respectively.

By ALEC ETHEREDGE | Sports Editor HELENA – It might have been delayed for a month thanks to Icepocalypse part... read more