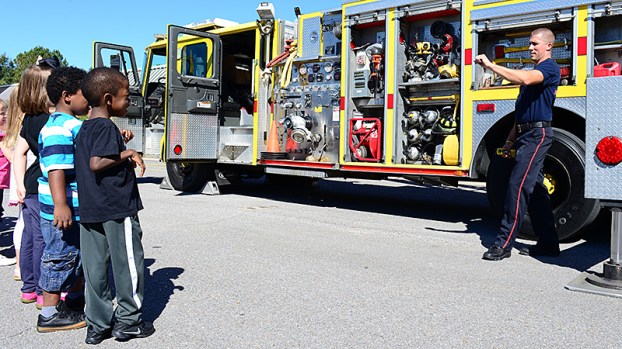 The Alabaster Fire Department saw an increase in its number of incidents and completed more community outreach in 2016 compared with the previous year. (File)

ALABASTER – The Alabaster Fire Department saw a significantly increased workload and completed many more training hours in 2016 compared with the previous year, according to year-end numbers recently released by the department.

During the month of December 2016, the department responded to 317 incidents, 208 of which were emergency medical responses and 47 of which were service calls. Twenty-seven incidents were good intent calls, 14 were false alarms, 11 were hazard reports and 10 were fire calls.

“Looking at the report, the incidents last year were up a lot over the previous year,” said Alabaster Councilman Greg Farrell.

In December, the Alabaster Fire Department saved $866,000 worth of property, bringing the year-end total to about $21.5 million.

Along with the increased number of responses also came an increase in training hours, as the department ended 2016 with 27,734 staff training hours, compared with 19,581 the previous year. Two firefighters also attended training at the National Fire Academy.

COLUMBIANA- The city of Columbiana will be hosting its ninth annual Cowboy Day on Saturday, Feb. 18, at 10 a.m.... read more