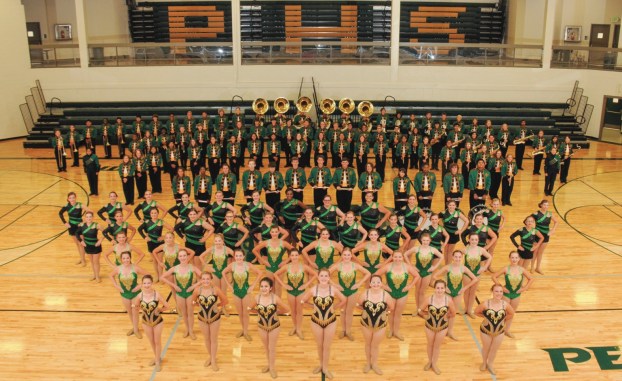 Pelham High School’s band program is in the thick of competition season, with students traveling nearly every weekend to perform. (Contributed)

PELHAM – Pelham High School band director Justin Ward said he and his students are in the midst of the program’s busiest time of the school year – competition season.

“The music never stops for us. Our program is a year round program,” Ward said. “We literally have something going on every month of the school year, not just during football season.”

Right now Ward is juggling the 55-student Symphonic Band and the 45-student Wind Ensemble, both of which stay busy traveling outside of Pelham to perform and compete at various venues.

On Friday, Feb. 10, the Wind Ensemble will travel to Georgia to perform at the Kennesaw State University Concert Invitational. Ensembles are critiqued in a non-competitive format that enhances the educational experience for students and directors. In addition, each ensemble receives a professional quality audio recording of their performance.

In late February, Ward and his students will participate in the state’s Music Performance Assessment at Homewood High School, and the Wind Ensemble and Symphonic Band are set to perform at the Alys Stephens Performing Arts Center at UAB in April.

“We want to allow them to get out and make music,” Ward said. “Every weekend we have students traveling outside of Pelham to perform. Traveling to different places gives them a comprehensive experience and showcases their talent to numerous people who might want them to be a part of their collegiate programs.”

To prepare, Ward said students are rehearsing after school Monday through Thursday. Ward said he is currently looking for opportunities for the program’s two jazz ensembles to perform.

But the instrumentalists aren’t the only ones gaining exposure. The Winter Guard, an indoor color guard team, is preparing for four upcoming competitions – two locally and two in Tennessee.

The majorettes are preparing for a competition in March and the dance team recently returned from Orlando’s Universal Dance Association competition.

“This is also the time of year we start looking toward next year,” Ward said. “It’s a continual process.”

PELHAM – The city of Pelham has never built a library. The Pelham Public Library started out in the basement... read more