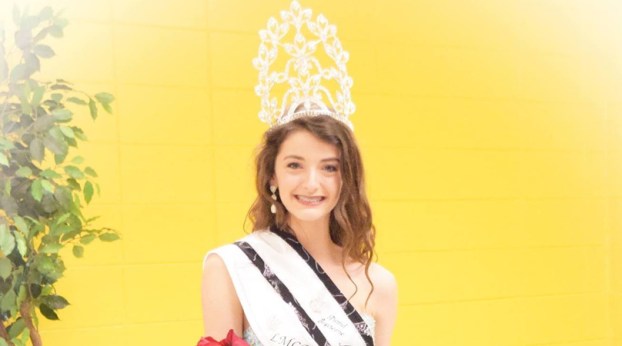 As the Grand Supreme of the third annual Little Miss Central Alabama Scholarship Pageant, eighth-grader Hannah Jean Nicholson will receive a scholarship and have the opportunity to ride in the Chelsea Christmas Parade. (Contributed)

CHELSEA- Fourteen girls from around the Chelsea area competed in the third annual Miss Central Alabama Scholarship Pageant, which was held in the Chelsea Middle School cafeteria on Saturday, Feb. 11.

“This is one of our scholarship fund pageants, so our Grand Supreme winner will receive a scholarship,” said staff member Amanda Seal. “We raise money for the scholarship separately at each of our other pageants.”

Seal said the scholarship is awarded for personal use. However, the winner is encouraged to invest the money towards their education.

“We do allow contestants who haven’t competed in our base pageants, as well,” Seal said.

Seal said this pageant served as a good way to help contestants become more civic-minded. Contestants were encouraged to start their own platforms.

“We do a lot of work with the local community. Our girls do a lot of volunteer work and ride on a float in the Chelsea Christmas Parade,” Seal said. “We try to keep the girls very involved in the community.”

During the pageant, each contestant wore their Little Miss Central Alabama t-Shirts for the casualwear portion, and walked across the stage during the eveningwear portion. Seal said an interview segment was also added to help contestants get used to larger pageants.

“A lot of those bigger pageants do require interviews. Here, we can prep them for that experience,” Seal said. “Each girl will have one big question that they are asked.”

“This is a good way to start learning what pageants are really all about and give girls the confidence and motivation to move forward,” Lael said.

Three-year-old Paisley Alexander was crowned as the 2017 Miss Central Alabama Supreme. Her mother, Jessica Alexander, said Paisley has won the titles of Supreme and Ultimate Grand Supreme in previous pageants.

“She works really hard. She practices hard for it, and she loves it,” Jessica Alexander said.

“It feels really good to have won. This pageant has a lot of opportunities and a lot of charity work associated with it, so I look forward to doing that. I plan on competing in the National American Miss pageant when it comes to town, and we’ll go from there,” Nicholson said.

The Miss Central Alabama Pageant was sponsored by Family of Hair in Chelsea and organized by Kristi and Luke Lael.